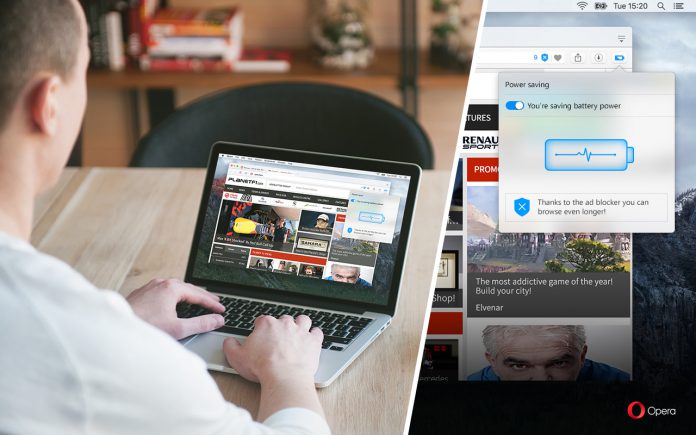 In an official announcement, Opera said its power saving mode is a first of its kind and can add hours to browsing time, a feature the likes of Microsoft lacks with its Edge browser.

Opera may not enjoy the same user-ship as the web browser heavyweights of Google, Microsoft, and Mozilla, but the company’s browser has a dedicated user base. The company has spoken to those users today with an important new feature, the addition of a dedicated power saving mode.

The company says at the moment the feature is only available in its developer channel, but will be coming to end users this year. Pitting the power saving mode against its rivals, Opera adds that the feature has been designed to “extend your laptop battery life by up to 50% compared with, for example, Google Chrome.”

That’s a bold claim for sure and the company admits it depends on the level of hardware being used, but does state that hours of additional browsing could be possible.

“Running out of battery is one of the most frustrating things that can happen to you while browsing. Whether you are traveling, watching videos, or you have just left your charger behind, the icon showing that your battery is dying is something none of us really want to see when we have important things to do online.”

To solve this issue, Opera realized that the majority of PC use is conducted through the web browser and the use of other desktop apps is relatively low. This is where the company’s power saving mode comes in, once toggled it will cut activity in background tabs, wake the CPU less often, and pause unused plug-ins.

Opera says that it is the first major web browser to offer a power saving mode, and says the feature will be suggested by the browser when a PC drops below 20% battery life. A battery icon will appear next to the search field and a user can simply click on this icon to toggle the battery saving mode.