Microsoft has patented a tactile pointing device reminding of the TrackPoint pointing stick which has been present in IBM ThinkPads since the mid-1990s.

The device description offered by Masaaki Fukumoto, an interface device inventor working at Microsoft Research, speaks of a gel-based device which can be placed on top of sensor-surface like touch screens.

While such a rubber-pointer for touch screens can be easily lost, it might be very cheap to produce and offer great benefit for certain kind of Apps that require a more precise input that even the smallest fingers might be able to handle. 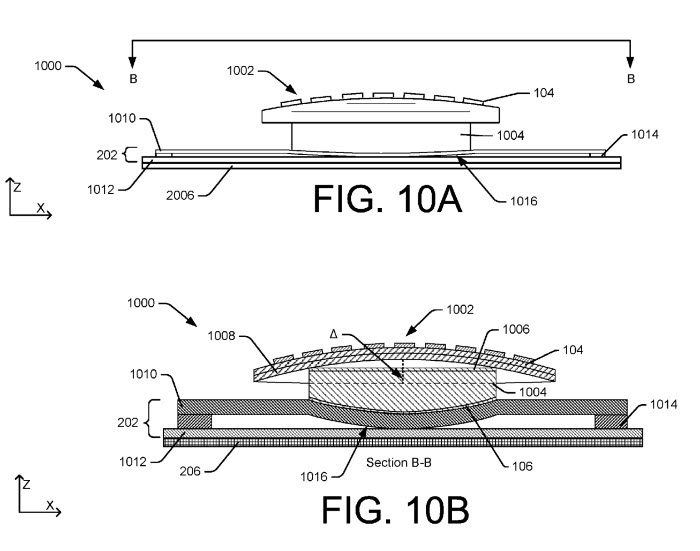 Even better, as stated in the patent-description, when the gel-based pointing device is used in combination with an optical lens, some or all of the components can be at least partially transparent such that the image sensor can capture imagery of a user’s finger (e.g., fingerprint, etc.) and/or an optically patterned film in the tactile surface.

“In at least one embodiment, the image sensor may be configured to recognize and identify a user’s fingerprint through the tactile surface , gel-based body, and one or more base layers  of the gel-based pointing device.”

The patent has been published some days ago, which however does not mean, Microsoft is going to commercialize it in the near future or at all.

Fukumoto, the inventor of Microsoft´s Low-Profile Pointing Stick, how the device is being called in the patent, has a nice track-record of inventing nice and unique input solutions.

It would be great to see the pointing stick coming to market. Microsoft could just bundle it with its Surface and Lumia products without any significant cost.

Report: Apple to Give iPhone the Ability to Accept NFC Payments

How to Convert Excel Files to PDF (.xlsx to .pdf)

Report: Apple to Give iPhone the Ability to Accept NFC Payments

Microsoft Pulls Plug on Azure Sphere Update Due to Bugs