The company has re-confirmed a long time plan to shutter support for SQL Server 2005, leaving users without security fixes from tomorrow (April 12).

Microsoft is warning businesses running SQL Server 2005 that today is the last day that the company will be supporting the service and that starting tomorrow there will be no more security updates for the product.

The decade old service has been winding down for 18 months, which was when Microsoft first announced that it would end support for SQL Server 2005.

Since then the company has been working to this date and helping enterprise partner’s upgrade to newer SQL Server builds.

With the 2005 version essentially shuttering, Microsoft is saying users need to migrate to newer version as from tomorrow there will be no more hotfixes or security updates. 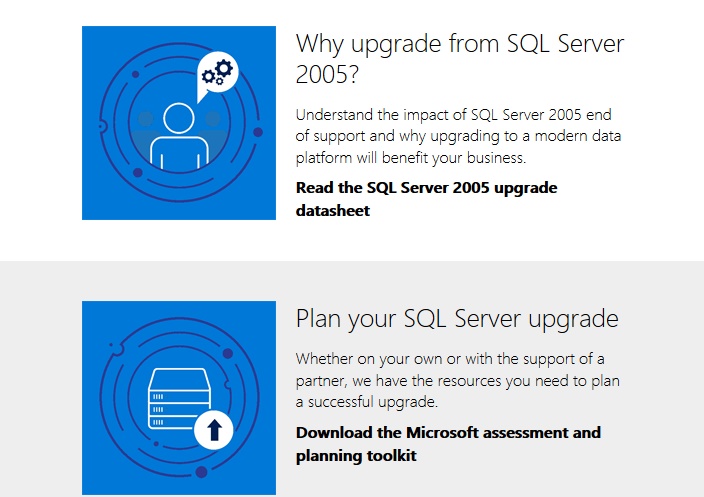 The biggest danger for businesses that do not upgrade is that SQL Server 2005 will now be completely open to attack, while Microsoft says they will also see increased cost of maintenance and functionality issues.

The company is instead steering businesses to newer versions, which currently means SQL Server 2014, but will also include SQL Server 2016 when it is launched this summer. Of course, Microsoft gains from businesses upgrading, but newer database solutions are certainly more adept at dealing with modern cloud computing and applications.

In a blog post, Debu Dasgupta, Vice President of Technology and Microsoft Evangelist, Cognizant Technology Solutions said a newer SQL Server version can be an asset to companies:

“From our unique vantage point of successfully running SQL Server modernization programs for diverse customers two things clearly stood out. First of all, modernization comes with better performance and scalability. Secondly modernization drives a culture change. Companies start treating data as an asset and the SQL Server ecosystem helps them to make smarter decisions with actionable insights with an immediate positive business impact, with the integration of Power BI, R Server, Azure Machine Learning and Cortana giving insights that were previously not available.”

Microsoft is still supporting SQL Server 2008, and while that is a viable upgrade option for business users, the company is saying that support for that build will end in 2019.