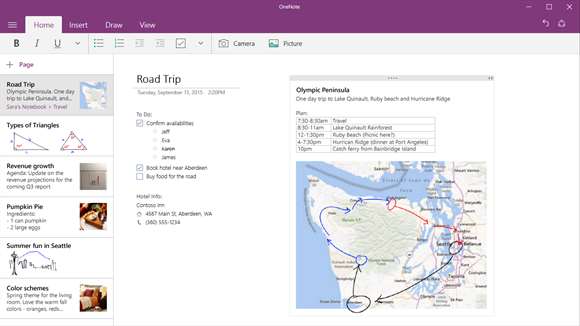 A small update on the Windows Store is giving the OneNote app the ability to record and listen to audio recordings for Windows 10 Mobile.

Microsoft has been busy at the Build 2016 conference this week, but the company is still doing housekeeping on its apps and services.

The company has sent out an update for the app on the Windows 10 platform, giving the service new features and functionality.

It appears that the upgrade is a minor one as Microsoft has not even bothered putting a changelog on OneNote’s Windows Store page.

That said, updating the application reveals that the company has added the ability to record audio and listen to audio recordings through the mobile app.

This is not a new feature per se, those who have used OneNote on Windows desktop and Windows Phone 8 will be familiar with taking and listening to audio recordings. For some reason the OneNote version for Windows 10 Mobile was lacking the function, so it is nice to see Microsoft adding it back in.

And that’s really it. This update seems to be solely to add the audio features back into the app for Windows 10 Mobile, this is bolstered by the fact that the PC version of the service has not received an update.

Microsoft has recently been using the note taking app to entice users of Evernote with an importer tool that lets them test OneNote without losing any of their content.

As always, you can check out the update at the OneNote page in the Windows Store.