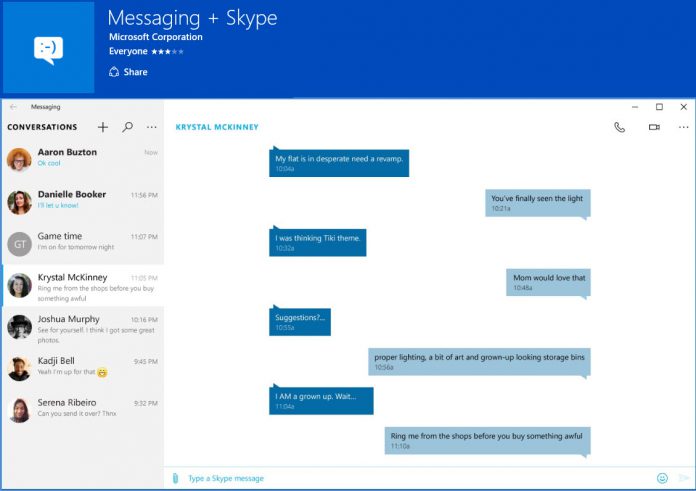 Windows Insiders now have a synced SMS message history from their mobile devices in the Messaging + Skype app on their PCs.

Microsoft hinted at an integrated messaging hub when Windows 10 was revealed early last year. The company broached the topic of integrating Skype and its messaging app into Windows 10, and now, more than a year later, it appears the goods are being delivered.

For now, the integration is one-way — while messages can be viewed on PC, they cannot be sent out.

Insiders can access the feature by checking for the Windows 10 Redstone Insider build preview 14279 in Update Settings and enabling the backup feature on Messaging + Skype for both the mobile and PC apps. 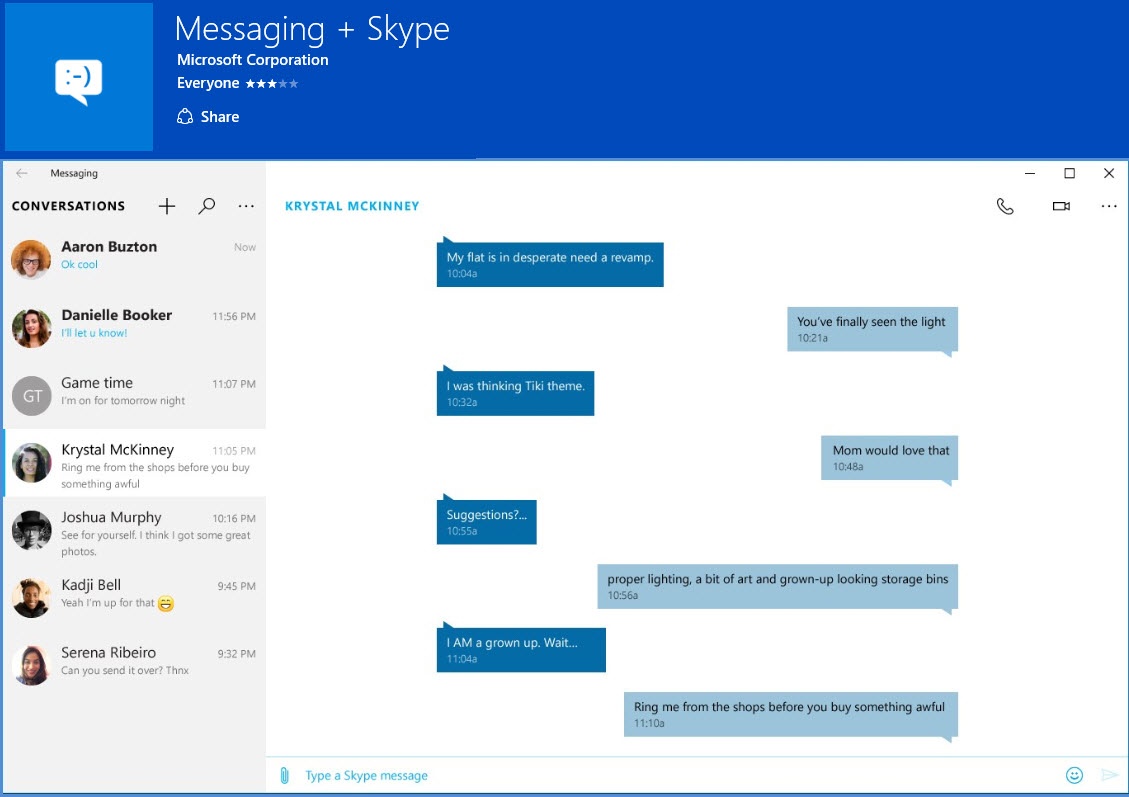 The Windows 10 Redstone build 14279 includes a bevy of new features for Windows Insiders in the Fast Ring:

Microsoft will release Redstone to the public in two phases, with the first landing in June and the second slated for Spring 2017.