Leaked Information about HoloLens reveals the augmented reality device will have a Windows 10 inspired Start Menu, while a document shows health and safety details.

Microsoft has still not said when exactly the HoloLens augmented reality headset will launch, but two new leaks reveal some fresh details about the product.

A video showing the Actiongram HoloLens highlights what the Start Menu will look like in hologram form, while a leaked document goes into detail on the health and safety aspects of the HoloLens.

The product creator, Alex Kipman, revealed last week that the device is ready for launch, but Microsoft is waiting for enough content to offer a complete experience at launch.

That means we can expect to see more information about HoloLens as the year progresses, whether that be leaks or official information from Microsoft.

The Start Menu has been a problem for Microsoft on the Windows Platform since the inception of Windows 8.0. The company can’t seem to find a system that users truly love, but improvements and refinements have made the Windows 10 Start Menu arguably the best since Windows 7.

For HoloLens, the company will adopt the Windows 10 Start Menu (although in Hologram form), with a list of apps showing what is installed for use on the headset. Gesturing with your hand will navigate around the menu, which the excellent air tap system will allow users to select specific apps and features.

While tapping the air in a single gesture can select apps, Microsoft is also reportedly developing a Bluetooth clicker, featuring a single button for selecting apps. The micro USB chargeable device has not been announced by Microsoft just yet, but a leaked image (above) shows the clicker and what is will look like.

A busy day for HoloLens leaks, some health and safety documentation has leaked online, showing how Microsoft will want consumers to use the device. Some of the key points of the document include the device not being suitable for those under 13, HoloLens’ compatibility with those who wear glasses, and that the device may cause nausea and wearers should take rests during the first few sessions. 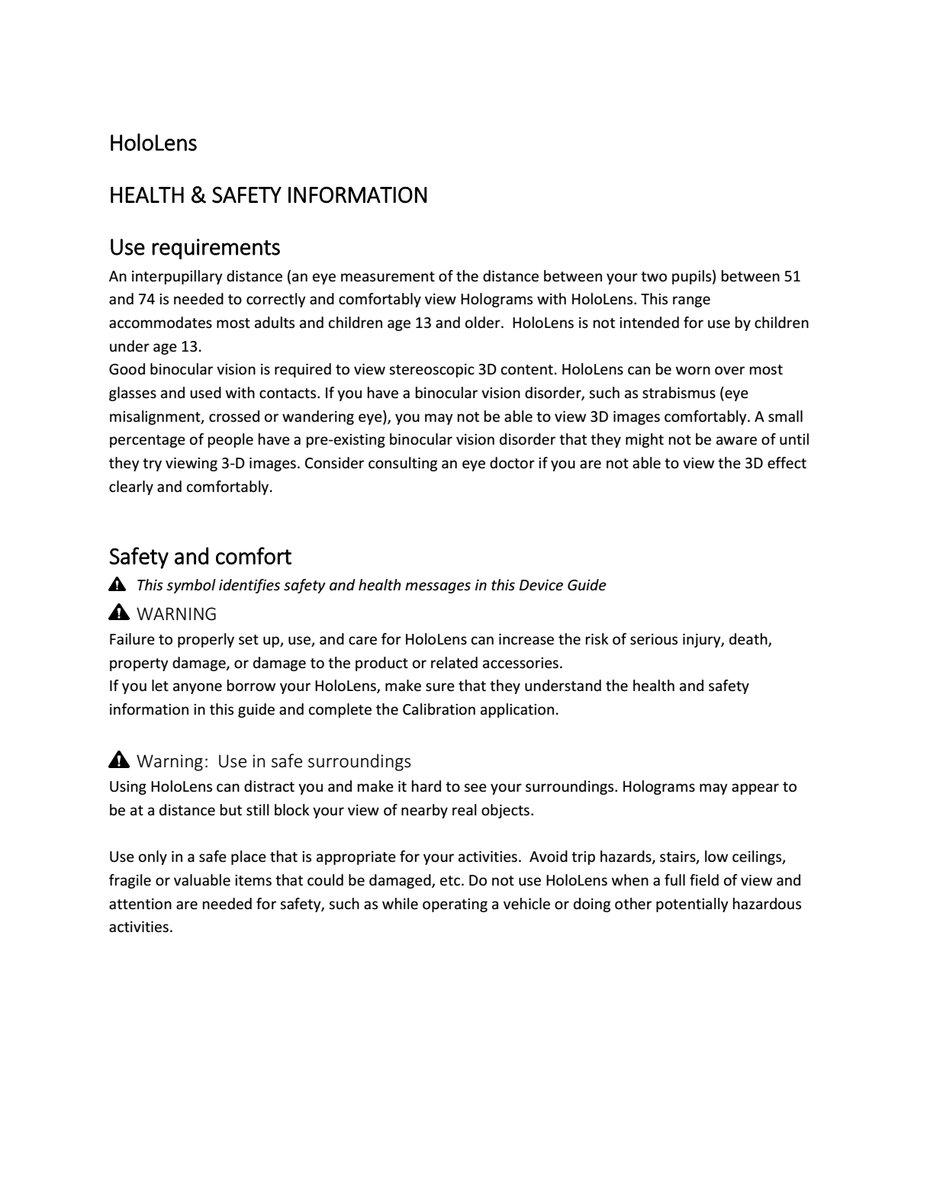 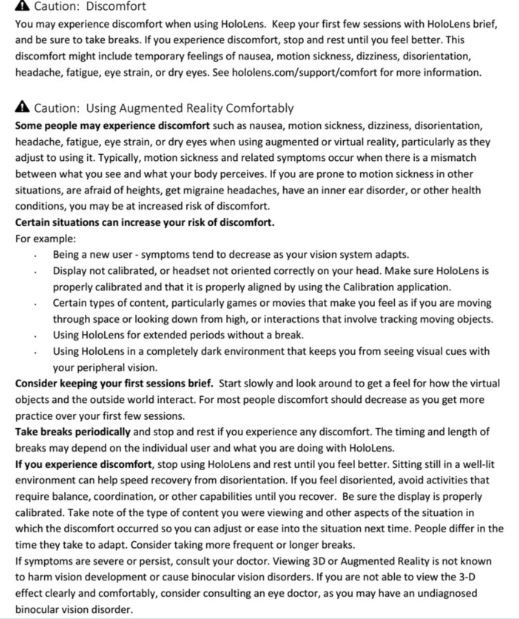