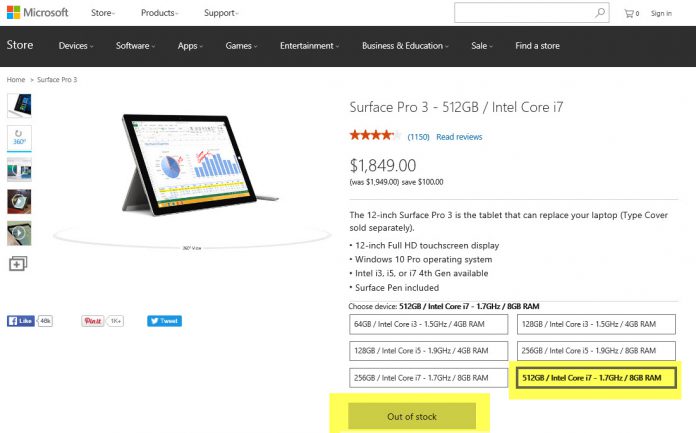 The stockout only relates to all editions of the Surface Pro 3 line including the top model with runs on i7 CPUs and 512GB of ram.

Microsoft’s decision to declare the Surface Pro 3 stockout can be regarded as a marketing strategy to boost the sales of its successor, the Surface Pro 4 and the supporting Surface Book.

Microsoft continues to keep Surface Pro 3 well-stocked in markets such as India, where the Windows tablet has been released just three weeks ago in comparison to the EU and US where the device went on sale already 18 months ago. Microsoft has turned the Surface lineup into a gold mine, which is apparent from the 29 percent boost in sales this quarter.