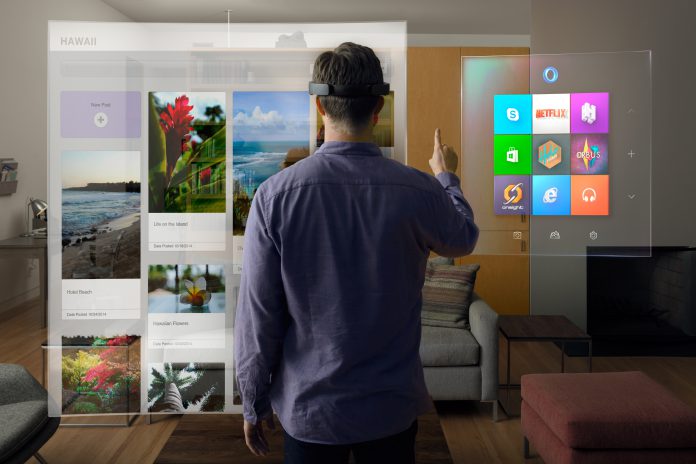 Microsoft has shared a new video about its Hololens headset with statements from developers that have participated in the company´s Holographic Academy.

What Microsoft calls the Holographic Academy is basically a showcase area for HoloLens where interested developers and journalists can have a hands-on experience of the Hololens headset.

The Holographic Academy which is located in building 37 on the Microsoft Campus has a round stage in the center and a hand full of PC stations which are equipped with several Hololens devices.

Participants get a quick introduction about the basic gestures like air tapping for mouse clicks or blooming which opens up the Start menu. After that they can play around with the Hololens headsets and some supported demo-apps. Unlike the name suggests, the Holographic Academy is not an in-depth training institution where you can learn how to develop for the device.