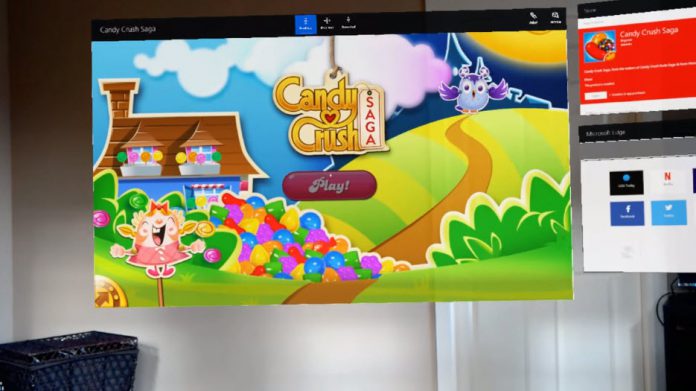 Videos shared by internal testers from Microsoft show how they Hololens  at home, running Windows Apps on walls of their private homes.

HoloLens runs on a Windows 10 operating system. In one of the videos, Windows 10’s Edge browser is used to watch Netflix. Candy Crush is also proven possible with HoloLens, as well as streaming of Xbox One games like Halo 5.

The videos were recorded through their mixed reality capture (MRC) technology on the device. It gives us a firsthand look at what the user sees through the device.

Microsoft has revealed on the October 6 Devices event that a first purchasable Hololens Development Kit will be made available for US $3000 in Q1 2016.

Terry Myerson has stressed that the Hololens inside this kit will be completely untethered which means it can be programmed to interact with it´s surrounding without having a permanent WIFI connection.

While most consumers are amazed by HoloLens, some aspects get criticized, like for example its limited field of view. Before its official release in the public market, many hope for an improvement with its narrow peripheral view. As of now, the device is only tested for indoor. 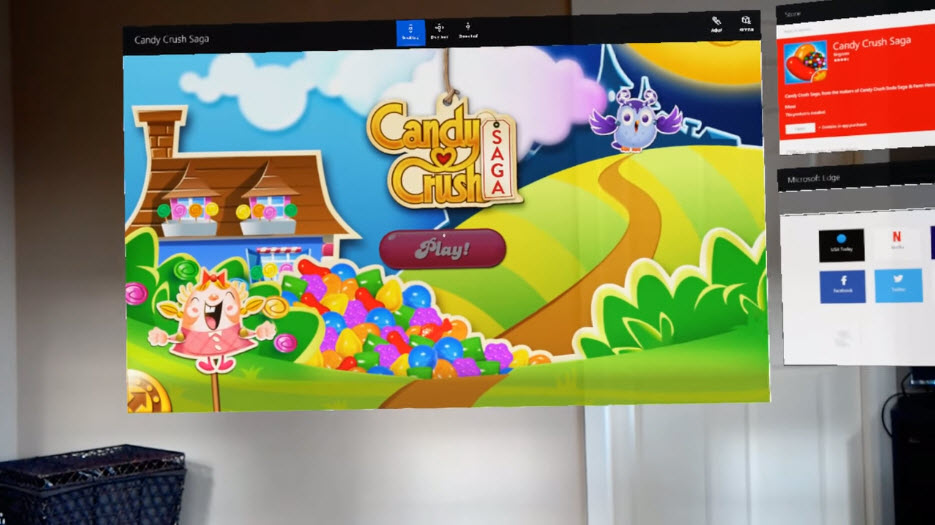 The holographic headset is still undergoing a process of building out more Universal apps as Microsoft is expected to use the Microsoft Band approach.

However, despite of its shortcomings, Microsoft is truly taking a big leap in revolutionizing the experience of personal computers with HoloLens. The device is not primarily designed for gaming and will surely be much more costly, which means it will not consign a direct competency with the already existing Oculus Rift.

However, despite of its shortcomings, Microsoft is truly taking a big leap in revolutionizing the experience of personal computers with HoloLens. The device is not primarily designed for gaming and will surely have a higher price tag like other virtual reality approaches as the the Oculus Rift. Microsoft announced in June that they will be even partnering with Oculus VR to improve their Xbox offerings.