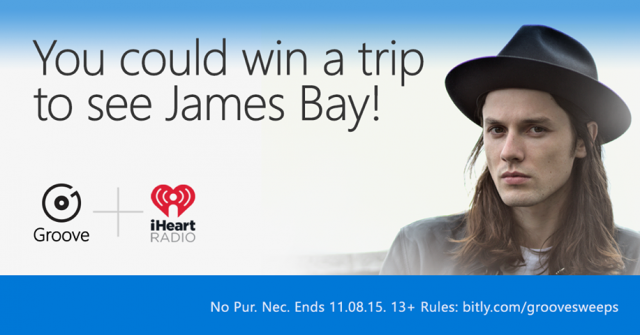 In an effort to promote their services, Microsoft Groove Music and iHeart Radio hand out two tickets for James Bay´s LA show on December 1.

While this is not a big giveaway, you might want to participate as it is a no-brainer. There are two ways to qualify:

James Michael Bay (born 4 September 1990) is an English singer, songwriter and guitarist. He has released a number of EPs and an album, Chaos and the Calm (2015). The album went to number one in the UK and number 15 in the US.

Here a playlist with top tracks of James Bay