Microsoft has posted a 12% decline in its 2016 quarterly revenue, while the revenue from Bing Search has gone up by 23% with earnings of more than $1 billion in the first quarter. The company recorded a decrease of 1% in its operating income at $5.8 billion, an increase of 2% in its net income at $4.6 billion, and an increase of 6% increase in its earning per share at $0.57.

According to the company, strong dollar was the biggest reason behind the downfall of revenue. Microsoft said that the dollar value of prices charged outside U.S declined, and with much of its revenue coming from different parts of the world, its earnings reduced by almost $1.2 billion.

New Reporting Structure Introduced By Microsoft For Different Products
Two years after introducing that last change in its reporting structure,  Microsoft has introduced three segments to categorize its products and services. 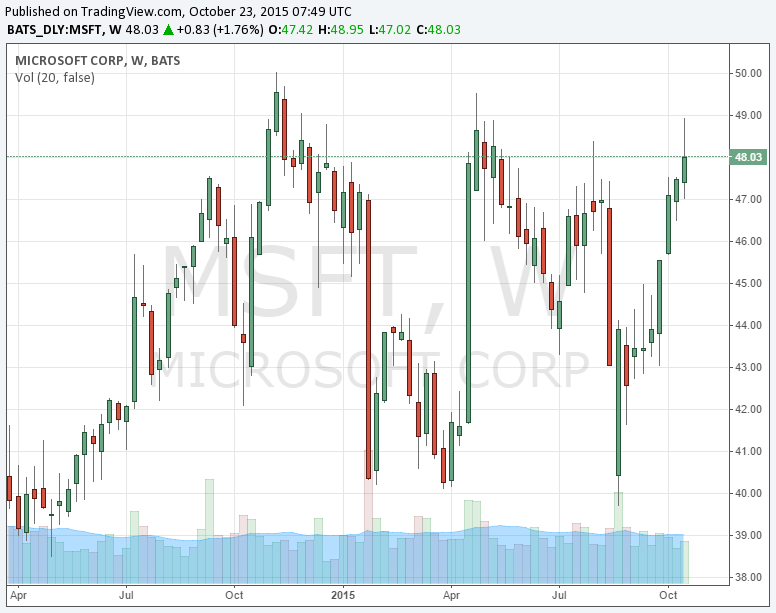 This included the whole of Office, Skype, Exchange, SharePoint, and the Dynamics range. It accounted for a revenue of $6.3 billion, down by 3% with operating income of $3.1 billion, down by 7%.

Encompassing Azure, SQL Server, Windows Server, System Center, and Visual Studio, Intelligent Cloud segment posted an increase of 8% and 14% in its revenue and operating income. The revenue of this segment was at $5.9 with operating income at $2.4 billion. Even the use of Azure doubled and went up to 121 percent.

More Personal Computing is the biggest of all. It moves into retail, OEM, patent and Windows Phone licensing, hardware devices, Xbox and gaming revenue, and search advertising revenue. The revenue and operating income from this segment went down by 17 percent at $9.4 billion and 4 percent at $1.6 billion.

The revenue from Search Advertising went up by a whopping 23 percent due to higher search volume and higher revenue per search. The company proudly announced that Bind had made an operating profit with revenue of more than $1 billion.