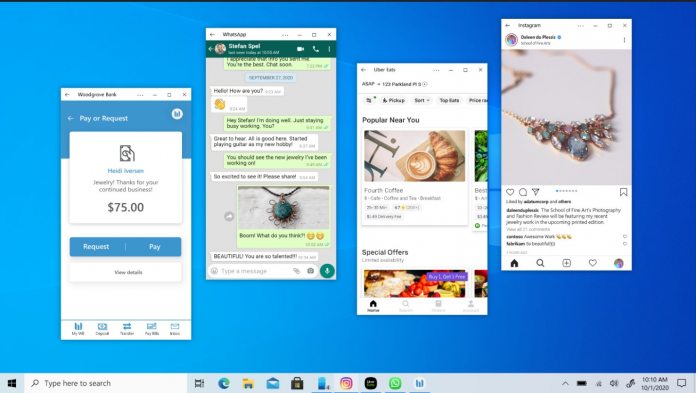 In August, Microsoft brought one of the most important possible features to its Your Phone service, the ability to run Android applications on Windows 10. This week, Microsoft is expanding that feature to become even more useful.

No, sadly Microsoft is not expanding this ability away from Samsung devices. The ability to run Android apps on Windows remains exclusive to Samsung for the time being. However, Microsoft is now making it possible to run multiple applications at the same time.

Until now, the feature only offered support for single apps. The new ability is rolling out to Windows Insiders this week.

This is an important addition because it makes Your Phone a great tool for multi-tasking. Of course, multi-tasking on mobile has always been a sticking point. If you have a Samsung smartphone, Your Phone will help by allowing you to stream apps to Windows 10.

#WindowsInsiders the ability to run multiple android apps simultaneously on your PC is now rolling out to selected devices. So excited for you to try it and hear your feedback #YourPhone @MSYourPhone pic.twitter.com/VLLzSeuRKI

Below are the relevant features for running apps on PC:

Your Phone users on other smartphones will have to wait for app streaming to expand beyond Samsung. In the meantime, those users can be content with other new features for the service. This week, Microsoft brought the ability to delete images and a What’s New screen to the app.

The What’s New screen breaks down some of the new features included in each update. As for image deletion, it makes handling large image sets more easily.