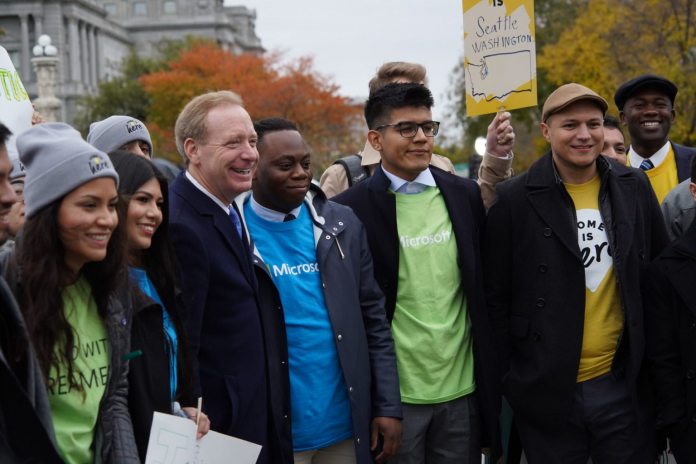 Last November, we reported on Microsoft’s move to save the Deferred Action for Childhood Arrivals (DACA) by taking the Trump presidency to court. In a blog post this week, Microsoft announced it was victorious in a 5-4 decision in the Supreme Court.

In its ruling the US Supreme Court found the department of homeland security violated federal law when ended the DACA program. President Trump had sought to stop the program, which was initiated during President Obama’s second term.

Microsoft collaborated with Princeton University and a student in a filing complaint in the federal courts. While the organizations won the case, the government appealed.

In 2017, President Trump revoked DACA and placed doubt on the country’s DREAMers. The term DREAMers refers to immigrants who entered the United States as illegals when they were minors. With DACA removed, now-adult children of illegals would have to leave the country when a current work permit ends (up to two years).

Microsoft argued the removal of the program would harm organizations that benefit from DREAMer contributions. The company also pointed out many of DREAMers have lived in the country their entire lives.

It seems the Supreme Court agreed. In a blog post, Microsoft president and Chief Counsel Brad Smith celebrated the victory:

“The past few months have provided even more dramatic evidence of the role that DACA registrants play in our country. More than 30,000 of them work in the healthcare space alone. They are nurses, lab technicians and respiratory therapists who serve Americans from all backgrounds as our country responds to a pandemic that is unique in our lifetimes. Another 200,000 Dreamers provide other essential services, working in pharmacies and grocery stores and delivering vital goods to our front doors. In the middle of a pandemic, any step that puts Dreamers at risk can put all of us at risk.