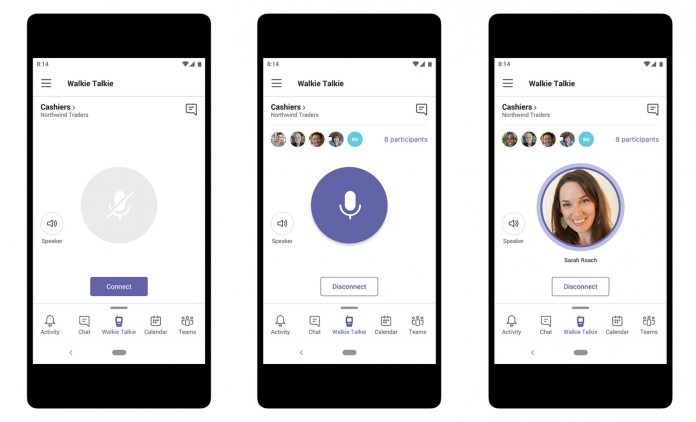 Microsoft Teams users are receiving a major update that is focused on providing additional tools to Firstline Workers. In one of the most extensive teams bumps in recent months, there are multiple new features rolling out to the workplace communication platform.

For example, a new “Walkie Talkie in Teams” ability gives users the ability to communicate with each other within an organization. Specifically, it is a push-to-talk feature for cloud-based voice communication.

Elsewhere, Microsoft Teams has a new sign-in feature that makes it easier to sign in thanks to a one-time SMS code.

Microsoft is also making handling tasks simpler with new management features. The company says organizations can send task lists across multiple locations, such as retail stores. These abilities also extend to reporting and publishing of content.

In recent months, Microsoft has been basking in the glory of Teams success. The company confirmed the platform has over 20 million Daily Active Users (DAUs). This number is significantly higher than Slack’s 12 million. However, Slack quickly refuted Microsoft’s numbers as not as impressive as they seem. Later, a CNBC survey has found Microsoft Teams is used twice as much as Slack.