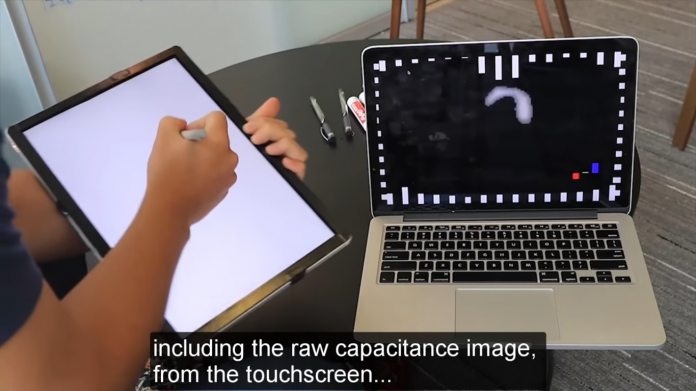 Microsoft has been talking up the Surface Pen capabilities on Windows 10X, the new platform that will be the basis for dual-screen devices like the Surface Neo. Satya Nadella went as far as to say Windows 10X provides a pen-first UI. However, what we have seen so far has not been focused on pen-centric use.

For example, Microsoft has only highlighted how the pen will do basic tasks such as note-taking. Nothing new there. Of course, we have only seen a prototype of the Neo and hints of 10X’s capabilities. Could Microsoft be planning something more ambitious and really aiming for the pen-first UI?

Well, Microsoft Research has showcased a technology that adds a potent sensor to tablets. This will allow the OS to adapt to however the user is holding the device. In the demo (which you can see in the video below), Microsoft Research describes sensors that use positional awareness to understand the differences between when the tablet is in motion or stationery.

For example, moving handhold positions to grip the slate differently, or tilting the screen to various angles. However, it extends beyond this, including when the palm will be placed when writing or drawing. This would clearly have a major impact on Surface Pen interaction with a device like the Neo.

Among the pen-first UI components in the technology are using the Surface Pen to retrieving images and other clipboard items. A floating menu is also described, allowing users to access apps with a touch of the pen anywhere on the screen.

As this is a Microsoft Research project, this technology is still firmly at the demo stage. We doubt Microsoft has the time to implement this into Windows 10X by time the Surface Neo launches this time next year.