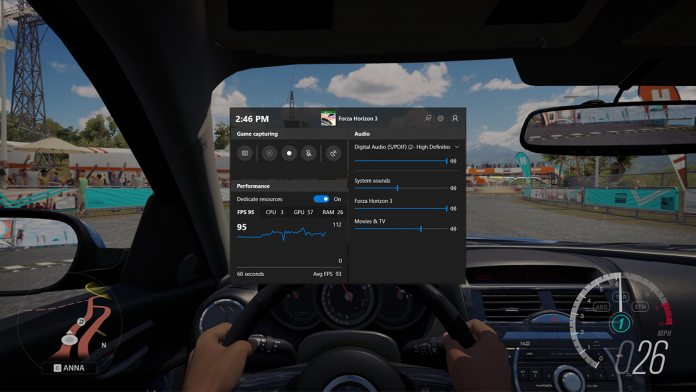 Over the years, Windows has never had a native tool for counting frame rates on a display. Instead, users have been reliant on third-party tools. That is about to change as a new update for Windows 10 Game Bar will include a new FPS (frames per second) counter.

FPS is part of the refresh rate for gaming on PCs and other devices, such as Xbox One. With a higher framerate a game will look graphically better because of a smoother experience. FPS has become an important determining factor in game performance.

With the new Windows 10 Game Bar update, an FPS counter will be included natively. It’s really about time Microsoft developed such a feature. This tool is coming with the October 2019 update for the Game Bar, a feature that is accessible through the Win+G combination.

Users can use the Windows 10 FPS counter by agreeing to specific new permissions through the Game Bar. A system reboot will also be required to get the feature operational. Microsoft adds the new Windows 10 Game Bar update will download and install automatically through Windows Update.

If you want to manually get the update you can head to the Windows Store listing for the Game Bar. It is also worth noting that the FPS counter will only be available during gameplay. However, this works for any game, including titles from the Windows Store, traditional PC games, and emulators.

When operational, the FPS counter monitors frame rates for 60 seconds.