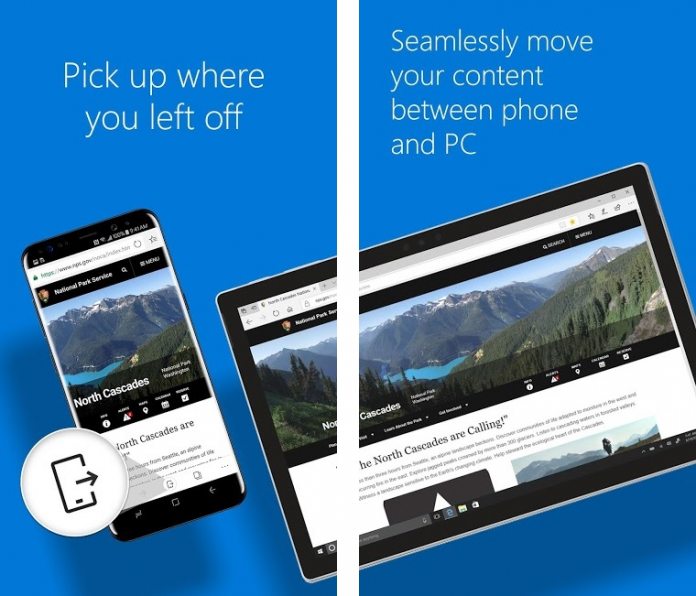 Microsoft has sent out a new update for its Edge browser on Google’s Android platform. Leading the way with the release is a new UI experience.

Among those changes to the user experience is a new hub menu that provides quick access to history and sharing tools. Users will also notice a changed appearance to windows, which are now rounded.

At the moment, Microsoft is previewing the new Edge UI in A/B testing through the beta app on Android. Of course, this means plenty of users will still not see this new experience. While this is not Chromium Edge, it is coming in line to the desktop preview experience.

Looking more closely at the hub menu, it is now located where Edge placed the Continue on PC selections previously was. Now the menu opens into a grid of icons. Each of these leads to a different feature, such as add to favorites, new tab, and still continue on PC.

Importantly, users can also customize this grid and include their own features. Interestingly, the new Edge UI experience is available on Android but has not arrived on iOS yet.

As we reported yesterday, Microsoft is seemingly preparing to launch its Chromium Edge on desktops. The Chromium Edge Stable channel is now showing up in Google Search in Chrome 78, with a link available directly from Microsoft’s website.

If you want to see the search result for yourself, enter the term “Microsoft Edge stable” into Google Search. Clicking the link will run the setup file and install the stable version on your PC. However, it seems this is not the finalized stable build as it carries the same number as the current beta update (78.0.276.19).