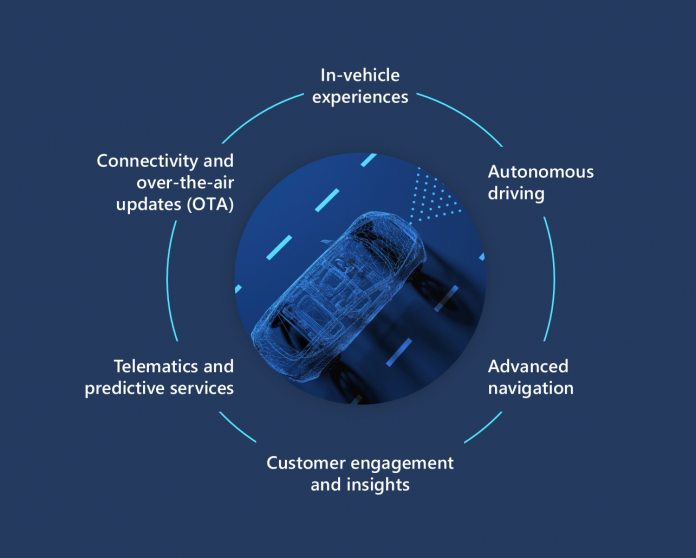 Microsoft has failed to make an impact in the car dashboard infotainment market. Indeed, Microsoft Auto Software has been limited to an exclusive deal with auto giant Ford. However, now Microsoft wants to compete more evenly with rivals and attract partnerships with Volkswagen and the Renault-Nissan-Mitsubishi Alliance.

Despite making early strides in the in-dash infotainment market, Microsoft has seen its position slip to rivals like Google and Apple.

This week, the company announced its Connected Vehicle Platform (MCVP) at the Frankfurt Motor Show. Billed as an evolving platform, Microsoft discussed how automotive OEMs can leverage MCVP to include the following services in their vehicles:

Across the categories, Microsoft is offering 40 Azure-powered cloud services that have been tailored for vehicles.

“With MCVP, and an ecosystem of partners across the industry, Microsoft offers a consistent platform across all digital services. This includes vehicle provisioning, two-way network connectivity, continuous over-the-air updates of containerized functionality, support for command-and-control, hot, warm, or cold path for telematics, and extension hooks for customer or third-party differentiation. Being built on Azure, MCVP includes the hyper-scale, global availability, and regulatory compliance that comes as part of the Azure cloud. OEMs and fleet operators leverage MCVP as a way to “move up the stack” and focus on their customers rather than spend resources on non-differentiating infrastructure.”

Microsoft named several companies that are partners of MCVP, including LG Electronics. TomTom is another company partnering with Microsoft, specifically using Azure tools gain telemetry, video, 3D and other data for mapping.

Microsoft is not competing directly with companies looking to put information on screens. Instead, the company wants MCVP to become the underlying software OEMs use for infotainment systems.