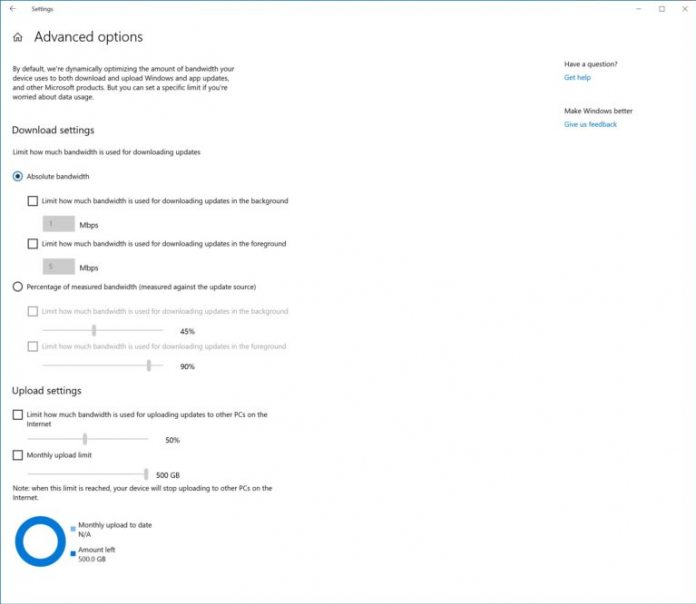 Microsoft has this week rolled out its latest Windows 10 Insider Preview for the Windows 10 20H1 development branch. The new release is build 18917 and is available to Insiders on the Fast Ring. Several changes has been made, including some new features.

For Windows 10 20H1, which will launch next year, Microsoft has now fully introduced Windows Subsystem for Linux 2.0 (WSL 2). We discussed this new WSL version back in May, revealing how the subsystem now supports a full Linux kernel.

Another new feature that we knew was coming was announced for Windows 10 20H1 yesterday. Microsoft has included an ability for users to control the bandwidth used for updates at an absolute value.

The Windows native Narrator application is also gaining an improvement through preview build 18917. Specifically, the app is now better at narrating tables by reading the header first before moving onto cell information and then row/columns data.

This 20H1 build includes the following bug fixes and improvements:

This build has nine known issues: