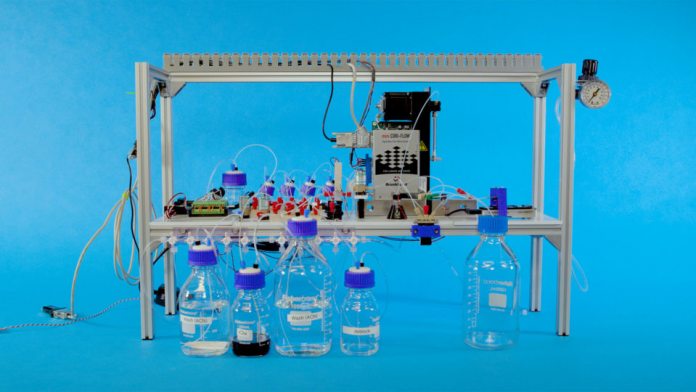 Microsoft Research and a team from the University of Washington say they have developed the first ever automated system for storing data on DNA strands. The success is another step in Microsoft’s ambition to utilize DNA as a data storage model.

In 2017, the company signaled its intent to use DNA for storage and later acquired 10 million strands of DNA for testing.

Microsoft Research published a blog post detailing the successful experiment where researchers encoded the word “hello” onto a fabricated DNA. The team was also able to retrieve the data and convert it back to digital form.

Of course, this is merely a first step as Microsoft eventually plans to use DNA storage for vast data sums. Research has shown DNA can compress data much more compactly that digital storage solutions and has the potential to last longer without corruption.

Karin Strauss, Microsoft’s lead on the project, says this experiment has served as a proof-of-concept:

“Our ultimate goal is to put a system into production that, to the end user, looks very much like any other cloud storage service — bits are sent to a datacenter and stored there and then they just appear when the customer wants them. To do that, we needed to prove that this is practical from an automation perspective.”

As you might expect, the science behind storing data on a DNA strand is complicated. Microsoft Research took the 1’s and 0’s that are the makeup of digital information and converted them to A’s. T’s, C’s, and G’s, which is what DNA is comprised from.

“The automated DNA data storage system uses software developed by the Microsoft and UW team that converts the ones and zeros of digital data into the As, Ts, Cs and Gs that make up the building blocks of DNA. Then it uses inexpensive, largely off-the-shelf lab equipment to flow the necessary liquids and chemicals into a synthesizer that builds manufactured snippets of DNA and then push them into a storage vessel.

When the system needs to retrieve the information, it adds other chemicals to properly prepare the DNA and uses microfluidic pumps to push the liquids into a machine that “reads” the DNA sequences and convert it back to information that a computer can understand. The goal of the project was not to prove how fast or inexpensively the system could work, researchers say, but simply to demonstrate that automation is possible.”

Clearly we are not going to be doing the intricate science any favors here, so it is worth reading the full blog post for the details. That said, don’t expect DNA storage to be arriving any time soon. This is a first-stage development that is hugely costly in its current form.