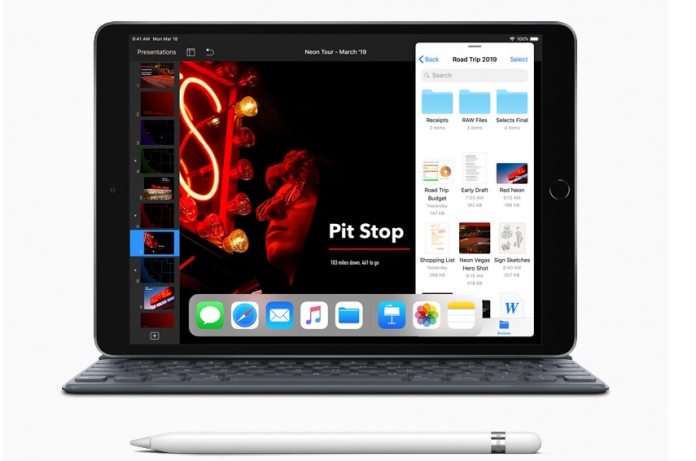 Apple has announced its new consumer-fronted iPad models. The company has revealed the new iPad Air and a new iPad Mini. These new devices join the enterprise-focused iPad Pro range and Apple says they are the most powerful normal iPads ever.

As we are used to with Apple, the company has not done much in terms of design. In fact, both the iPad Air and iPad Mini are exactly the same as the previous generation. It’s a bit of a shame that the iPad design has changed so little over the years. That said, they remain better looking than most Android slates.

So, not much going on aesthetically. Apple has however made some changes under the hood, which the iPad Mini gets Apple Pencil support for the first time.

The star of the new iPad Mini is Apple’s A12 Bionic Chip, which the company says boosts multi-tasking capabilities. Indeed, Cupertino is promising three times the performance and nine times faster graphics.

“iPad continues to provide magical new experiences for a growing range of uses where it is the absolute best device, from playing games in augmented reality to note-taking and drawing with Apple Pencil, from streaming HD movies and editing 4K films to learning to develop apps with Swift Playgrounds,” said Phil Schiller, Apple’s senior vice president of Worldwide Marketing.

“Today the iPad family takes two big leaps forward with an all-new 10.5-inch iPad Air that brings high-end size, features and performance at a breakthrough price, and a major upgrade to the 7.9-inch iPad mini, which also brings Apple Pencil, Retina display and the A12 Bionic chip to the many customers that love its compact size.”

The Apple iPad Mini is available for pre-order today and starts at $399 for the entry-level Wi-Fi model. It is also available in Wi-Fi and Cellular, starting at $529.