An alleged Samsung Galaxy A60 leak has added to the rumor mill. A document seems to reveal key specs of the device, including its screen, cameras, memory, batter, and dimensions.

If the leak is to be believed, the Galaxy A60 will feature a 32MP front camera, with triple 32/5/8 MP rear cameras. It also reports a 6.7″, Super AMOLED Infinity-U display, with just a tiny notch at the top.

For its biometrics, the A60 will have an in-display fingerprint scanner, just like the S10. It will have 6 or 8GB RAM variants, 128GB of storage, and use the SM6150 chipset. Finally, the battery will be a significant 4,500mAH. 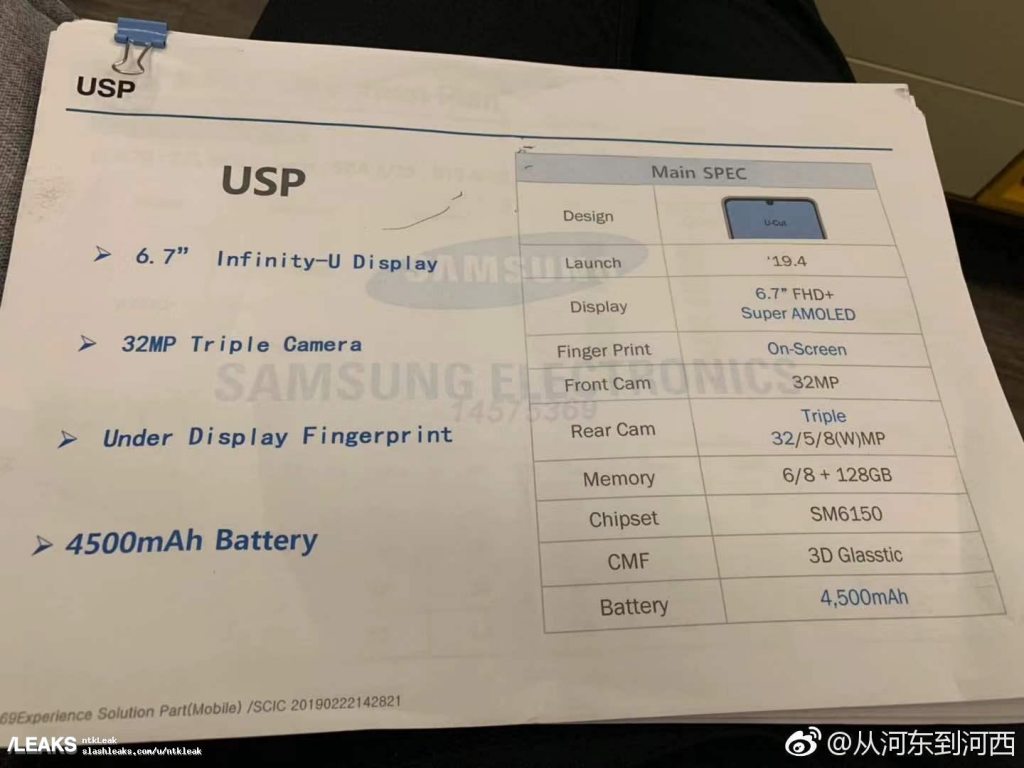 Unfortunately, it’s difficult to say if these leaks are accurate. They come in the form of a simple presentation print-out, which could quite easily be faked. The information comes from Slashleaks, an aggregation site that lets users decide the validity of material.

If correct, the phone would be a very strong contender against the S10 series, with a higher megapixel front and back camera, a screen on par with the Galaxy S10 Plus, and a large battery. However, the A60 is supposed to Samsung’s budget line, and it’s not yet clear where it has cut corners. 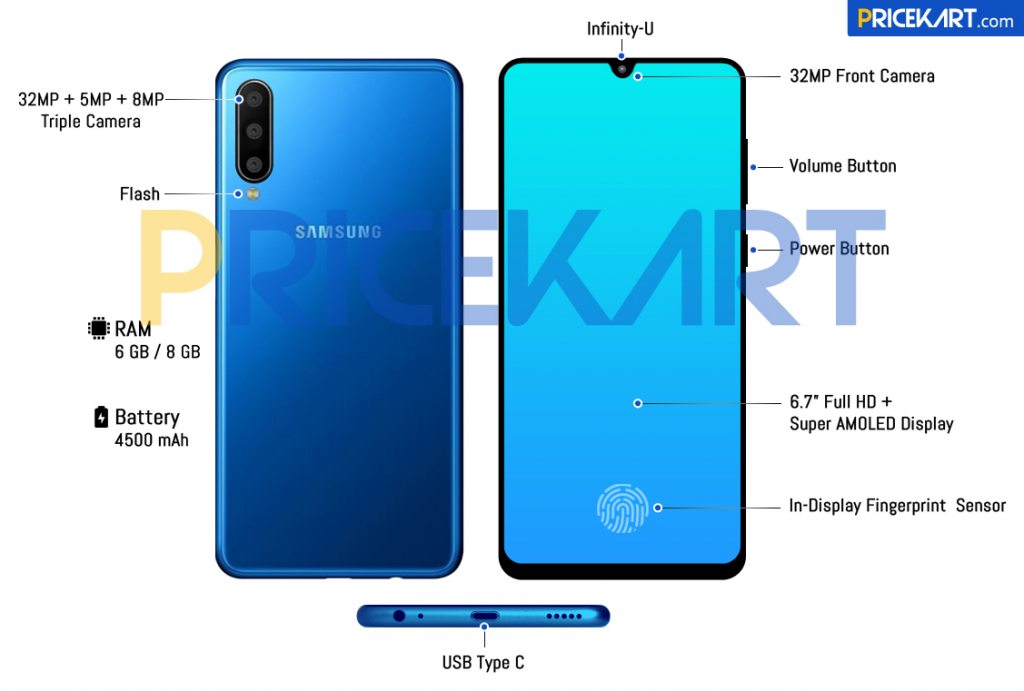 Meanwhile, a diagram from PriceKart suggests the back camera will be 35MP rather than the 32 from the spec sheet. Ultimately, we’d take both with a grain of salt, though if they’re to be believed, the device will launch in late April.