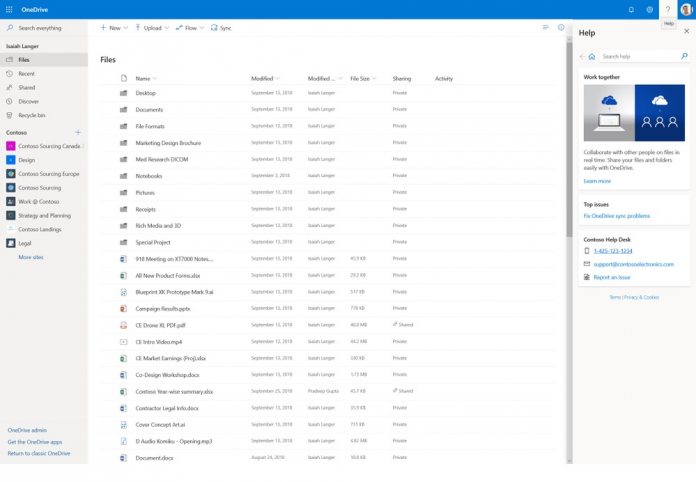 Microsoft has this week detailed OneDrive improvements coming to the cloud storage service this month. Among the new tools available in February are the expansion of the File Hover Card, a new Office 365 suite headers, and improvements to the scan feature on mobile.

Starting with the Hover File Card, this feature has been on OneDrive for some time but was limited to specific files. Microsoft says starting this month the File Card will be visible across all file types.

The feature allows users to a have a quick look at important files. By expanding file support, the cards are now available for non-Office documents. Furthermore, OneDrive guests can also view cards, as well as external users with permission.

Additionally, Microsoft says it has integrated lifecycle events into cards, highlighting information such as popularity and creation dates.

Elsewhere in the OneDrive February update, Microsoft says the Office 365 Navigation Bar has been updated over the last year. This new UX is coming to the cloud storage service and SharePoint this month.

“Over the last year, the team has re-invented the O365 Navigation Bar by moving to a modern platform, creating an extensible integration model that balances consistency with app contextual awareness, and leading the introduction of our new Fluent design language across the “silhouette” of Office 365.”

Another design tweak occurs in the help pane on the app. Users will see sections have been updated to reflect contextual help.

Lastly, OneDrive is scoring improvements to its mobile scanner this month. Microsoft says it has used customer feedback to introduce abilities for the scan functions. Specifically, users can now choose the save location anywhere in OneDrive and SharePoint.