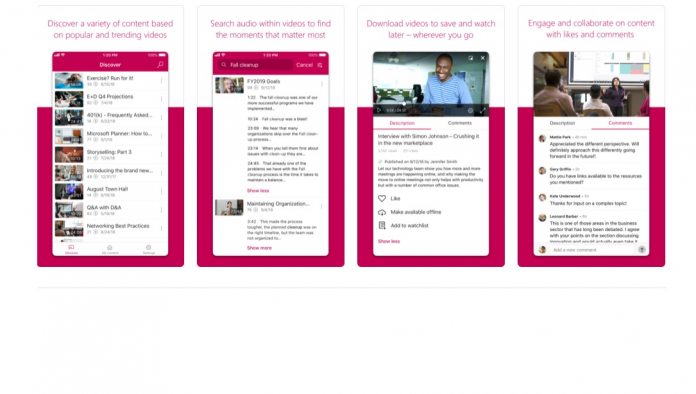 Microsoft Stream, an enterprise-grade video streaming service for Office 365, has received an update for iOS users. The app has been bumped to version 1.02 and adds one important new feature. Stream users can now share video directly from the application.

As usual, unnamed bug fixes and performance improvements are also packaged in the update. Microsoft is ramping up features for Stream on iOS as it beds into the platform. Indeed, the service has only been available for Office 365 on iPhone and iPad since earlier this month.

Sharing videos with contacts is efficient and can be done directly within the Microsoft Stream application.

It is worth noting the update is part of the Stream mobile beta program, which allows users to gain early access to upcoming features. That means it should be coming to all iOS users in the near future.

The idea behind Stream is to provide a dedicated video platform for business users. While other platforms, like YouTube, have business content, enterprise is not the focus. Microsoft has access to millions of business customers through services like Azure and Office 365 and wants them to use the single destination video platform.