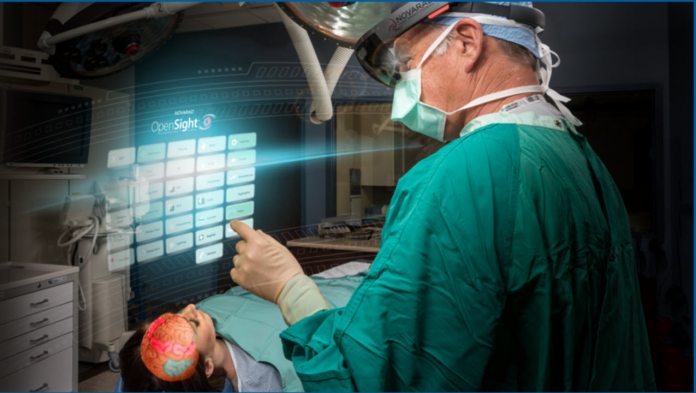 Microsoft has been very open about its use of AI in healthcare, but it seems HoloLens will play a role, too. HoloLens app OpenSight Augmented Reality System recently won FDA approval.

OpenSight is used to overlay 3D graphics on patients to help with things like surgical planning whilst also maintaining awareness of their surroundings. For example, a surgeon can mark an appropriate entry point for a needle, or it can be used to aid trainees.

As far as we know, this is the first HoloLens app to receive 510(k) clearance. The software supports use my multiple headsets at once, with a specific training version with accounts for use on cadavers.

“This is transformative technology that will unite preoperative imaging with augmented reality to improve the precision, speed and safety of medical procedures,” said Dr. Wendell Gibby, Novarad CEO and co-creator of OpenSight. “This internal visualization can now be achieved without the surgeon ever making an incision, improving outcomes in a world of more precise medicine.”

The decision for FDA approval was made on September 18, 2018, but was only widely reported recently.

“We have reviewed your Section 510(k) premarket notification of intent to market the device referenced above and have determined the device is substantially equivalent (for the indications for use stated in the enclosure),” it reads. “You may, therefore, market the device, subject to the general controls provisions of the Act.”

The approval to market the device comes under the assumption that it won’t be used for intraoperative use. It won’t be used during live surgery, only to inform beforehand. It’s also designed ‘only for use with performance tested hardware’ in its user guide, assumedly the HoloLens.
Either way, this is an interesting and positive use of Augmented Technology. Use cases like this will undoubtedly become more common as the tech evolves and gets more accurate.
Advertisement