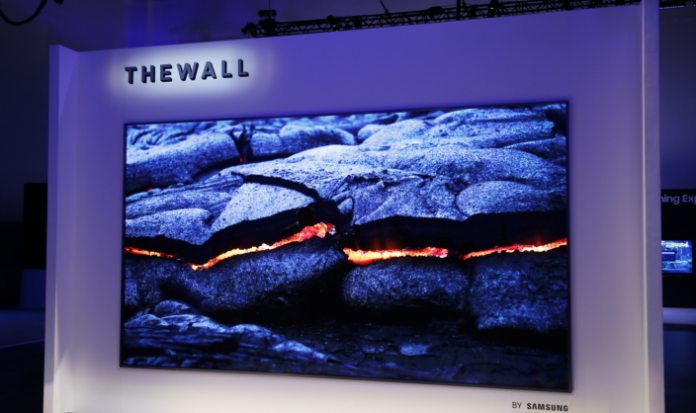 For all its exploits in the smartphone market, it’s easy to forget Samsung is also an expert in screen/TV technology. The company often marries those two areas of expertise, but this week Samsung is focusing purely on monitor displays.

Specifically, the South Korean tech giant has unveiled two new displays boasting modular Micro LEDs. This technology may be familiar to some as it was included in Samsung’s “The Wall” product in 2018. Indeed, the new units are expanding the range of The Wall.

Samsung’s new displays are a 75-inch panel which the company says is a smaller option compared to the 146-inch original The Wall. The second display is a 219-inch model that is for users who want something even bigger.

“For decades, Samsung has lead the way in next-generation display innovation. Our Micro LED technology is at the forefront of the next screen revolution with intelligent, customizable displays that excel in every performance category. Samsung Micro LED has no boundaries, only endless possibilities.”

Samsung did not offer much information on the 75-inch model, although it is a 4K Micro LED panel. The company also mentioned it has decreased the gap between LEDs compared to last year.

CES 2019 is kicking off this weekend, and from January 8-11 Samsung will be at booth #15066 in the Las Vegas Convention Center. We expect the company to discuss the new displays more at the conference.