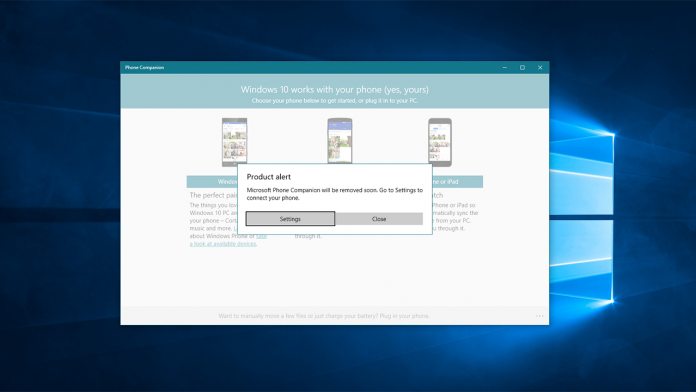 Each Windows update comes with a ton of new features, but it’s also an opportunity for Microsoft to remove some. To streamline the OS, the company has announced 7 features that will be cut in the October 2018 update.

The first to go is Business Scanning or DSM. Microsoft doesn’t note any replacements for this feature and says that no devices currently support it. As a result, it’s unlikely to cause any major issues.

The FontSmoothing setting will also be removed. The anti-aliasing setting will be replaced by Windows 10 ClearType, which all text uses by default. Joining it on the cutting room floor is the Hologram app, which is succeeded by the Mixed Reality Viewer.

Interestingly, limpet.exe will be open source. Assumedly, Microsoft will halt development of the Azure TPM access tool and hand it over to the community. Meanwhile, Microsoft is replacing the information in the TPM management console with a Device Security page in Windows Defender Security Center.

As you’d expect, Phone Companion is also on its way out. Starting the app in current versions of Windows even informs users of this change. Users can link their phone directly in settings now, so this is actually an upgrade.

Microsoft is removing the above features entirely, but it’s simply halting development on others. This includes the Companion device dynamic lock APIs. It was replaced by Dynamic Lock in the previous update as third-parties didn’t adopt the companion device method.

One Sync won’t be developed either, and will likely be removed in a future update. It previously synced the Mail, Calendar, and People apps, but that’s now handled by a Sync engine in the Outlook app.

Finally, the Snipping Tool won’t get any new features. Microsoft has been making noise about its new Snip & Sketch app instead, which provides additional features in universal app form.