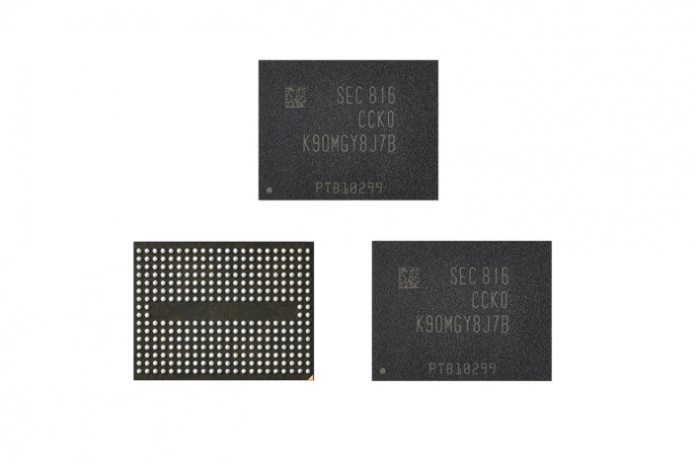 Electronics giant Samsung has raised a curtain on its fifth-generation of V-NAND memory. Now moving into mass production, the new memory chips have plenty of interesting talking points. The company says the V-NAND memory chips offer the fastest data transfer performance and are the first to use Toggle DDR 4.0.

If you are unfamiliar with Toggle DDR 4.0, it allows data to be transmitted at 1.4 gigabits per second (Gbps). This means Samsung has gained a 40% boost over its fourth-generation V-NAND.

Despite the considerable bump in performance, the new processor achieves a similar energy efficiency as the previous model. Samsung says this is possible because the operating voltage has been decreased to 1.2 volts from 1.8 volts.

Samsung has also gained the fastest ever data write speed with 500-microseconds, a handy 30% improvement over the previous generation. Kye Hyun Kyung, executive vice president of Flash Product and Technology at Samsung Electronics, says this is the most advanced NAND processor ever:

“Samsung’s fifth-generation V-NAND products and solutions will deliver the most advanced NAND in the rapidly growing premium memory market.

In addition to the leading-edge advances we are announcing today, we are preparing to introduce 1-terabit (Tb) and quad-level cell (QLC) offerings to our V-NAND lineup that will continue to drive momentum for next-generation NAND memory solutions throughout the global market.”

Samsung says production on the chip is now underway and production will increase. However, the company did not offer any specific release days. We hope to see manufacturers implement the hardware into their devices before the end of the year.