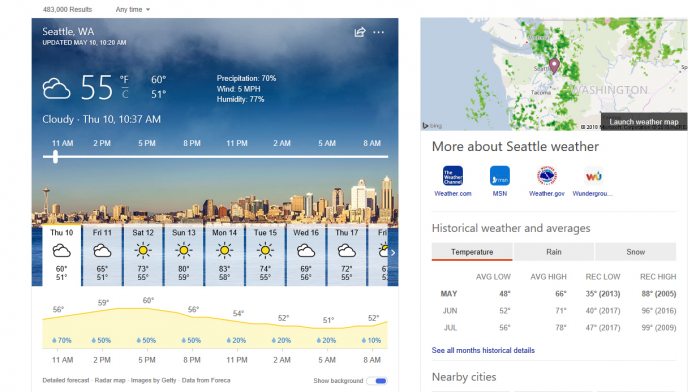 Microsoft has announced plans for a number of new features in Bing this month, propelling an improved web experience. The additions will roll out slowly and focus primarily on the US and UK but include some worldwide tweaks.

One of the international features is improved weather results. As well as the usual forecast information, users will be able to a live radar map of their city, with quick links to supporting weather sites. There will also be information on forecasts in nearby cities, as well as metrics for average temperature, rainfall, and snowfall.

In general, the idea is to help users plan better, and that’s furthered by a new hotel booking system. Users will now be able to search for hotels in the location they’re traveling to, with support for star ratings, price comparisons, and more. Those comparisons extend to third-party booking sites like Expedia and Tripadvisor, with easy links for bookings. 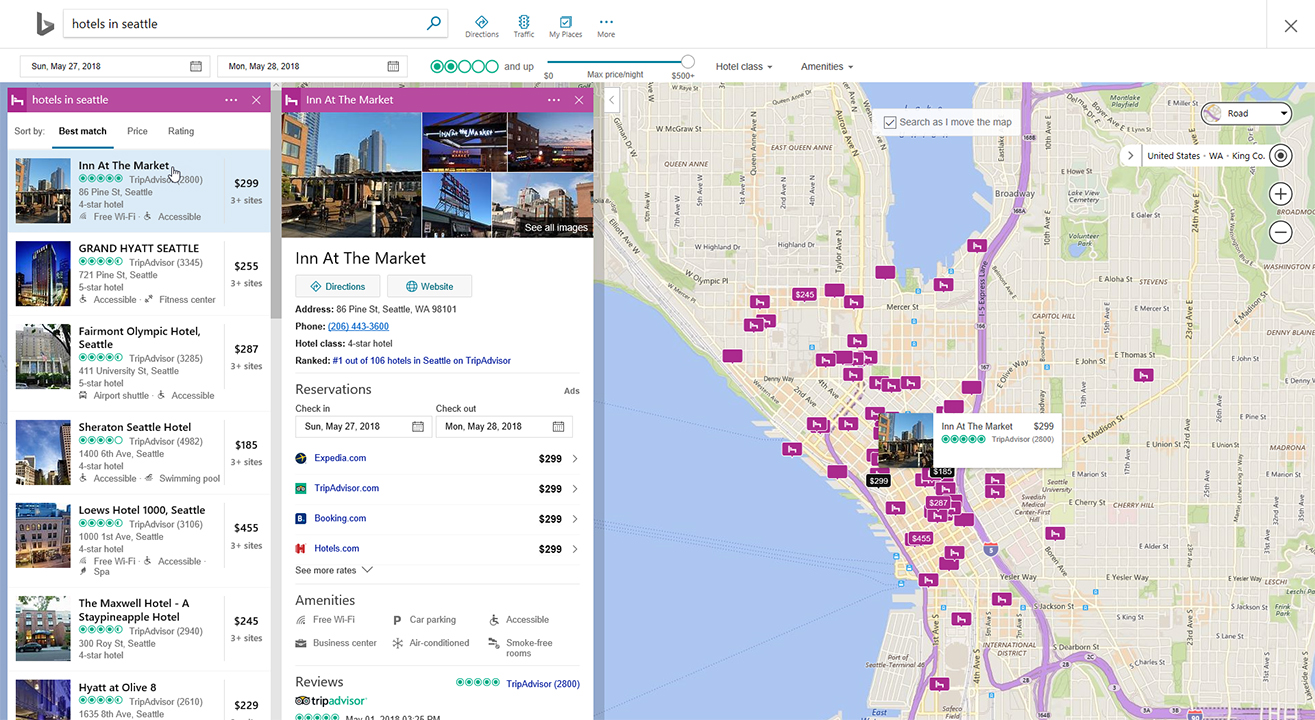 The functionality is currently exclusive to the UK and US, but Microsoft says to “stay tuned for more exciting updates soon”. In addition, though the feature is only available in those countries, they will be able to search for hotels abroad.

Bing is also expanding its intelligent answers system, which first released in December. To combat misinformation, it pulls in information from multiple choices and checks to see if they’re consistent.

Microsoft is now expanding those capabilities in the US and UK by delivering up to five websites that support Bing’s answer, making it easier to find more information.

Finally, the homepage will soon feature urban photographer thanks to a community contest. The winner will get exposure, but also a Surface Laptop and Sony a6500 camera with lens. Microsoft is also throwing in a photographer backpack, and a $1000 airfare gift card.

The competition ends on June 16, with entry requirements available on the official Facebook page.