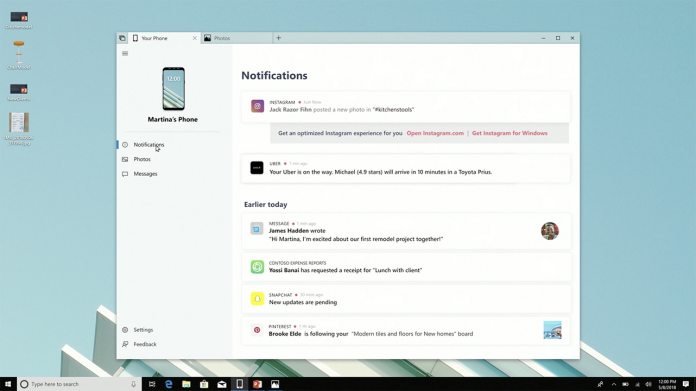 Microsoft first announced its Your Phone app at Build 2018 on Monday, but details were sparse. It was unclear how far the ‘mirroring experience’ would go, or how content would sync between devices.

At the second day of Build, Microsoft’s Shilpa Ranganathan ran a showcase and provided some more info. There are still some things we’d like to know, but the demo does give some much-needed clarity.

Firstly, Your Phone won’t use cloud syncing to deliver information to users. This was a big concern for privacy-conscious users, who don’t want their data hosted on Microsoft’s servers. How exactly it works remains a mystery, but it will likely be revealed at a later date.

Ranganathan did reveal that the Microsoft Graph is utilized to push information. It will intelligently pull only recent text messages, as well as the 25 most recent photos. Notifications will also appear and can be mapped to a windows app or website to open the content. 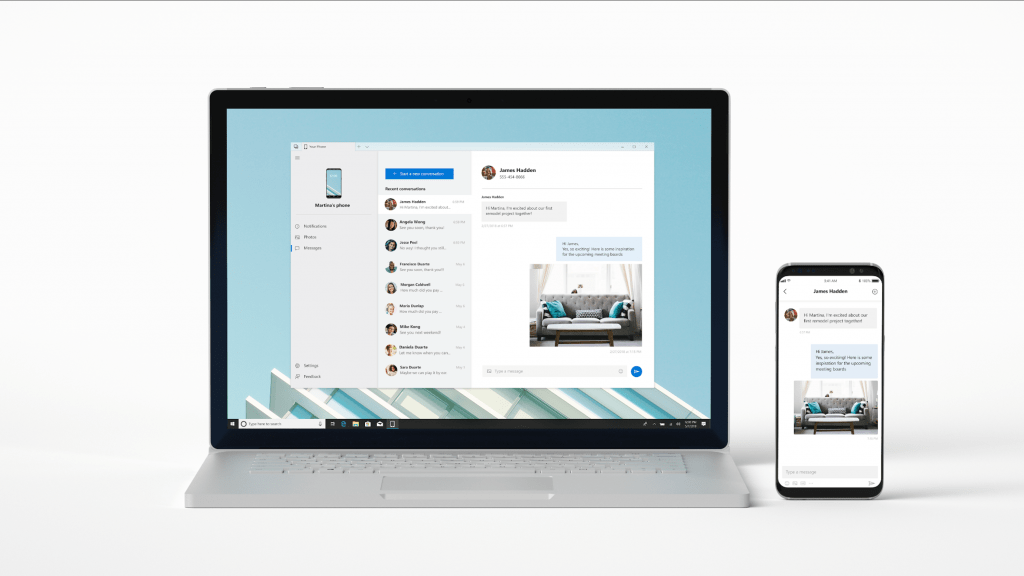 We also know that your Phone is an inbox app and will ship with Windows 10. By default, users will be able to see their notifications, photos, and messages from their phone without even looking at it.

What’s less clear is how that will differ if you’re using iOS or Android. Initial reporting from The Verge reveals that Android will be able to mirror far more features, but it’s not yet clear what those are.

Microsoft is also yet to reveal a release date, which isn’t unusual at this point. It’s possible the feature will make it into Redstone 5 this year, but the lack of confirmation shows the company isn’t quite sure yet.