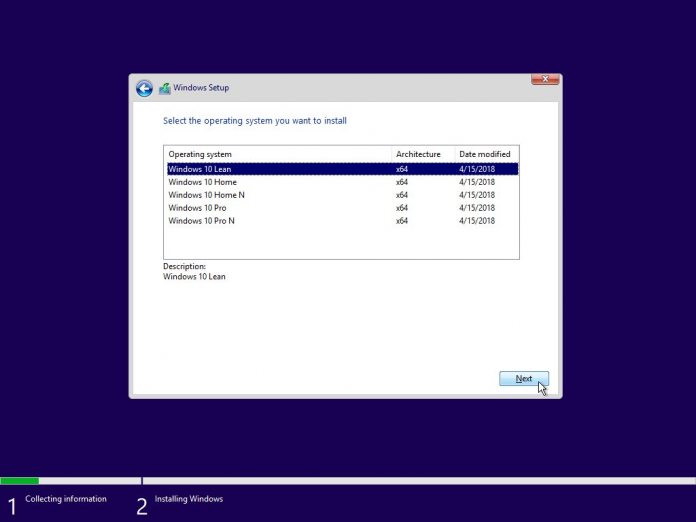 Last month, users discovered Windows 10 Lean. The new SKU is a stripped down version of Microsoft’s latest OS, 2GB smaller than Windows 10 Pro and with 50,000 fewer files. It takes up just 6.5 GB of the hard drive compared to the usual 12GB, with similar bundled apps and games.

You can now download and test that variant yourself, though you’ll likely experience some frustrating bugs. WindowsBlogItalia is hosting ISO files for 32 and 64-bit versions, letting users poke around and see if it’s for them.

By all accounts, Windows 10 Lean is looking like the version of Windows 10 we all want. It comes without bloatware like CandyCrush, the Xbox app, Paint, Photos, RegEdit or even a desktop background. The footprint seems to be reducing with each build, with no huge drawbacks.

Though the apps come uninstalled by default, users can install them easily at a later date, building the version of Windows 10 that they want to see. It will be especially useful for those with slow download speeds, but it seems Microsoft has something else in mind.

According to reports, Windows 10 Lean will be targeted primarily at tablets. Its small footprint will be extremely appreciated for those with just 64GB of storage, and it comes with the benefit of lower resource usage.

With some improvements, this could become one of the most popular versions of Windows 10. However, that will only happen with significant testing, to be sure to download it if you’re interested.