Redstone 4 is expected to ship soon with new Fluent Design elements, and Redstone 5 will continue down that path. In a blog post, Windows Insider head Dona Sarkar revealed a fresh new look for the security solution.

Though its layout is familiar, Microsoft has made several visual and behind-the-scenes changes to prompt a better experience. The app adopts Fluent Design elements like animations and blur, and also some more subtle changes.

One example is the dynamic scaling of spacing and padding around the app. This expands to the categories on the main page, which resize if extra information is required. In addition, the title bar at the top of the app reflects user’s Windows 10 accent color, and integrates with Sets.

Microsoft has also made several bug fixes that will enhance the general experience. Here’s the full list:

However, this is still an early Redstone 5 build and it’s important users on the Skip Ahead ring are aware of its issues. You can read the full report of those on the Windows blog. 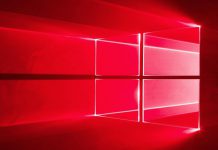 Microsoft Will Reportedly Thin Out Windows Team After Redstone 5 Release 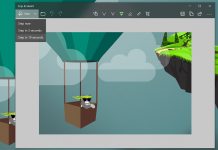