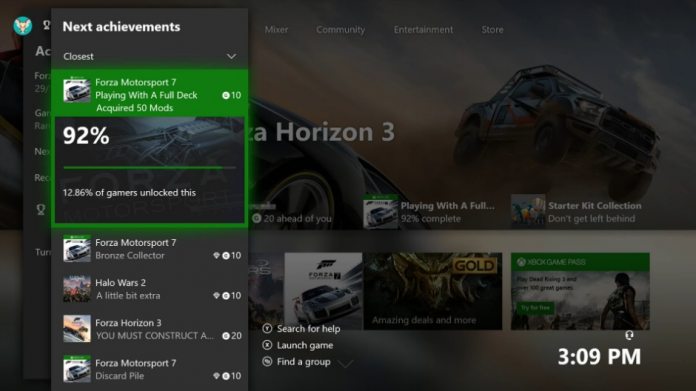 Members of the Xbox Insider Program are today getting a new preview update for the Xbox One. This is the latest peek into what will come to the Xbox One with the Redstone 4 update in the spring.

Among the new additions of this release is a do not disturb mode. Like it says on the tin, the feature lets Xbox One users mute notifications and other aspects when playing, consuming media and invites. So, if you do not want to get those bings and bongs during gameplay, this is the way to go.

To accompany the do not disturb, Microsoft has included an online status. This will let friends and contacts know when you do not want to be disturbed. This may lead to them not sending you a message, but even if they do you will not receive the notification.

Xbox Insider Program members are also getting new mini game hubs for the Xbox One dashboard. It allows users to access content quickly from a game and see who is playing the title. Achievements for a game can be viewed and group messages are also available.

Microsoft is also tweaking the Achievements experience in this game. There is now a “next achievements” feature that shows a list of achievements that are upcoming. This is not the Career feature the company is reportedly bringing to Achievements in Redstone 4.

Xbox One users are also gaining some customization options. The white theme for the dashboard can now be scheduled to only show during the day, before switching to the dark theme at night. It is an unnecessary but still a welcome one.

Automatic shutdown options are also expanded to add more options. Previously users could choose between one and six, but now have the chance to select two, three, four, or five hours before automatic shutdown.