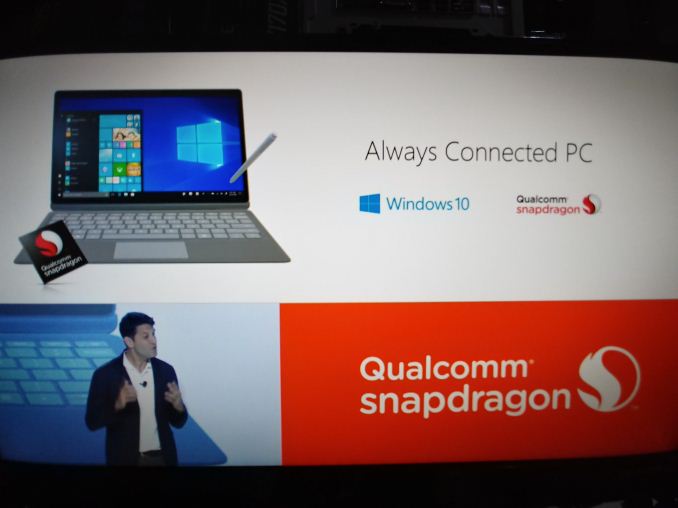 Qualcomm today hosted its Snapdragon Tech Summit, which the company says is the largest meeting of press and analysts in mobile outside Mobile World Congress. The chipmaker kicked off the event by saying today is about a mobile revolution.

Dominance in the mobile market is something Qualcomm was eager to talk about. The company says every smartphone contains some of its software. The next step is 5G (due first half of 2019) and the transformation of computing to a mobile experience.

Of course, this means Windows 10 on ARM. Qualcomm says mobile has become the driving platform for IoT, networking, mobile and automotive. However, no mention was made about mobile and virtual/mixed reality.

However, it is clear the market leading chipmaker believes computing can become a mobile process, enough to replace the need for PCs amongst many organizations. 5G will play an important part in delivering computing performance on a mobile device. Qualcomm confirmed its 5G support will begin in early 2019 and it expects widespread smartphone adoption by 2020.

This is the 10-year anniversary of the Snapdragon chip family. Over those years, the series has become synonymous with mobile technology. Qualcomm is comfortably the most dominant company in the mobile processor market.

Today, the company announced Always Connected PC for the next generation of Snapdragon chips. As the name suggests, it allows PCs to connect to mobile devices at any time. It links directly with full Windows 10, or as the company says the “Windows 10 everyone knows”. The company says this is a new computing definition, a change in modern PC use.

Battery life and connectivity are the two most important features according to customers in China and the USA. Indeed, battery life has been a chief concern when trying to run full x86 bit Windows apps on mobile. To that end, Qualcomm showed how Always Connected PC can increase laptop battery life significantly. The Always Connected PC feature has also changed how PCs will be benchmarked. PCs will not get a month of standby time.

EVP of Microsoft Windows and Devices, Terry Myerson, spoke at the event. He said he has been using an Always Connected PC for months and said he can use an optimized version of Office 365. Myserson adds the screen comes on instantly and the sync is seamless.

One question I have often asked is if there will be OEM support. The answer seems to be yes, with major Windows OEMs on board. ASUS announced the firstt Netbook (Eee PC), first 2-in-1 (Transformer Pad), first Windows Touch (Transformer Book), first Ultrabook (Zenbook).