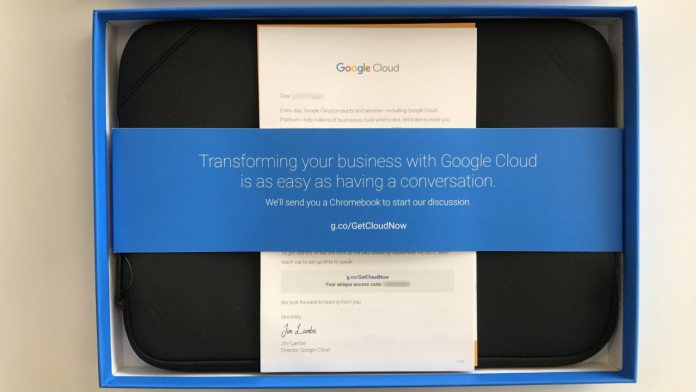 Google is enticing partners with Chromebook freebies in an attempt to woo them to its Google Cloud business. In doing so, the company is going after Microsoft Azure’s slice of the market. Whether the charm offensive will work remains to be seen as the cloud sector becomes increasingly competitive.

However, while three companies are competing, each is comfortable in their current position. Amazon is the clear market leader and that will not change anytime soon. Microsoft is comfortably in second position, again with the situation unlikely to change.

Then there is Google, down in third place by some distance, but way ahead of anything bringing up the rear.

For Microsoft, Azure has been a driving force behind the company’s resurgence in recent years. Growth is solid and Redmond is setting its sights on reeling in Amazon. However, Google is too far behind Amazon and must instead target what is in front of it.

That means going after Azure. If Google Cloud is going to win the war, it must first pass Azure. Google has concluded that the only way to do that is to directly go after Microsoft’s customers.

And that’s where the Chromebook wooing comes in. A report from Petri.com says some Microsoft Partners have been receiving packages from Google. These are gifts attempting to lure customers from Azure and towards Google Cloud.

This concerted effort has occurred over the last few weeks. In the packages is information about the company’s cloud service, and customer testimonials talking up the platform. Additionally, Google believes some hardware can seal the deal, so is bundling in a Chromebook for good measure.

In fact, the Chromebook is so Microsoft partners can start a Hangouts chat with Google to see the benefits of its cloud offering.

While Google is well within its rights to basically advertise itself to Microsoft customers, this is a bold strategy.

Not least because Microsoft partners are not necessarily open customers. They would have already entered into expensive agreements with the company to use its cloud services. Even if Google’s enticing worked, it would not be simple for partners to walk away from Azure.