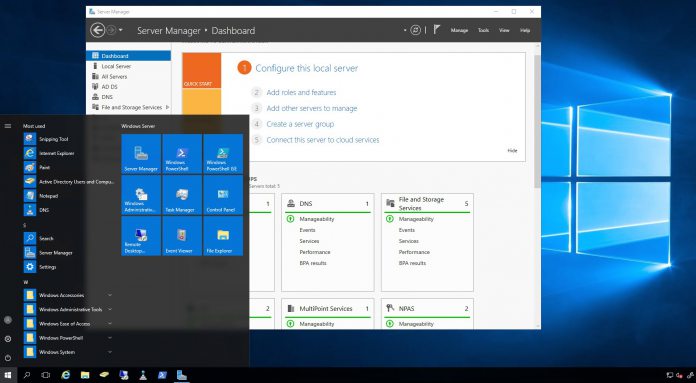 Microsoft has rolled out its latest Windows Server preview build for PC users. The company released build 16257 on the Windows Insider Program. The major talking point about this Redstone 3 build is it comes with Windows Subsystem for Linux (WSL) integrated.

Windows Server has recently moved into the same update model as Windows 10. For the latter, Microsoft has been treating Windows 10 as a service. This means regular updates with new features, as well as fixes. Windows Server was moved to the same model last month, letting users test new features before they launch.

With WSL now built in, Windows Server users get the compatibility layer for running Linux binary executables on Windows. This important for developers and admins who run Linux alongside Microsoft tools like PowerShell.

Microsoft launched WSL with the Windows 10 Anniversary Update, but it comes to Server for the first time.

In its announcement, the company explained how WSL works:

“If you’re a server engineer that needs to run node.js, Ruby, Python, Perl, Bash scripts or other tools that expect Linux behaviors, environment or filesystem-layout, the ability to install and run Linux with WSL expands the tools at your disposal on Windows Server.

Just as with WSL on Windows Client, you can run daemons and jobs like MySQL, PostgreSQL, sshd, etc., via an interactive shell, but you cannot currently use WSL to run persistent Linux services, daemons, jobs, etc. as background tasks.”

Preview Build 16257 also comes with Remote Server Administration Tools (RSAT). This feature gives users the ability to remotely manage Windows Server builds on the Inside. For this addition, users will need to be running Windows 10 Fall Creators Update (Redstone 3) 16250 or higher.

Microsoft also confirmed today it is using Delivery Optimization as its update tool for Windows Server. Windows Update has been using the feature since the Anniversary Update. It allows peer-to-peer bandwidth optimization.