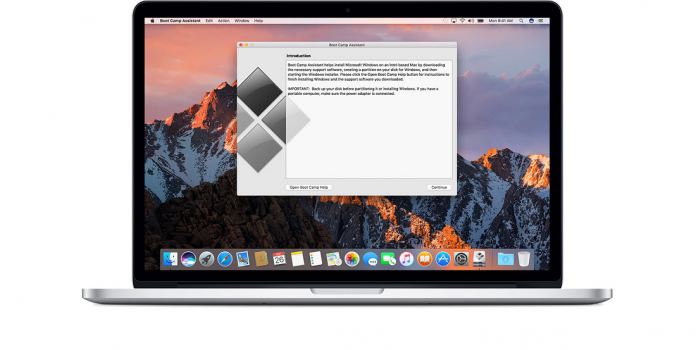 Apple’s Boot Camp software allows users of Mac computers to dual boot Windows onto their machines. However, users who wanted to test out the Windows 10 Creators Update on Mac will not be able to. Apple says there is currently no method to clean install the Creators Update through Boot Camp just yet.

Of course, the Windows 10 Creators Update does not launch to PCs until April 11. Apple’s announcement extends beyond that, meaning Mac users will have to wait to test the new Windows build.

This will certainly be a disappointment for Mac users. It is likely that the ability to use Boot Camp will not come for several months. Mac users who want Windows 10 must use the existing Anniversary Update in the meantime. It is unknown when the Creators Update will be added.

On the official Boot Camp download page for Windows 10, Apple is warning Mac users about the delay:

The company has provided some more details regarding the issue on its support website:

If you try to do a clean install of the Creators Update, you will get a Stop error with the code 0xc000000f in winload.efi.”

Again, it is unclear when the Creators Update will come to the Anniversary Update. Microsoft is rolling the feature update out in stages. Depending on region, device, and other factors, some Mac users may see the Anniversary Update replacement next week, while others may be waiting months.