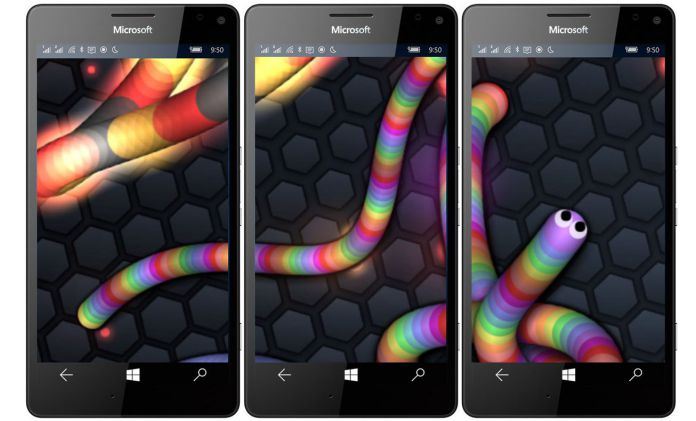 The Microsoft Surface Phone rumor kitchen is heating up, with a possible release of a new flagship phone by that name being expected as early as spring 2017. While the recent Surface Phone image leak proved to be fake, a new patent application from Microsoft gives some more credible ideas about possible Surface Phone features.

As this would be definitely a high-end feature, we can expect it to be present in a future Microsoft Surface Phone. With a set of “Multi-Screen Gestures” that might be used across devices, it could have some interesting applications, especially for gaming: 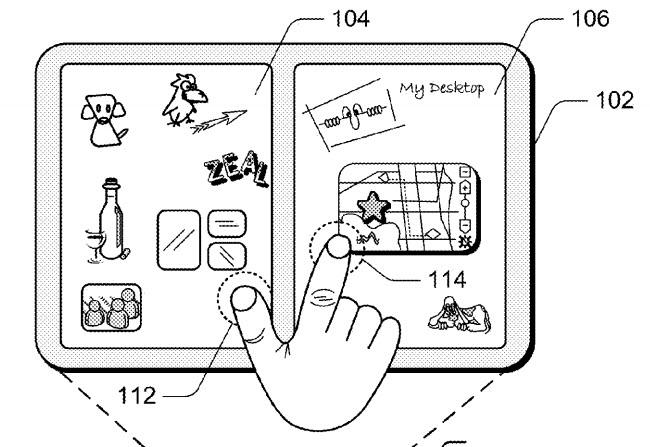 However, the idea to spread applications among different screens is not a fully new one. Already in 2013, Google demoed Racer: A Chrome Experiment, which is a Chrome-based game that can be played across several connected devices.

But Microsoft´s idea goes beyond that as it plans to bring it to the operating system level. Google´s Racer proof-of-concept game works “just” among inter-connected instances of Google Chrome.

HTML5rocks did an interesting case-study back in 2013 about how this works, diving deep into the technical details.

In Racer, technically the screen is not split among devices. By sharing the game state in real-time among different instances, each device can render their own screen-instance. For the user however it gives the magic impression of screen-sharing.

Also, in Google´s approach, a server is needed to balance out any latency between devices. To achieve that each player´s command is being pushed to a server via the web socket and the server is balancing out everything.

Microsoft´s suggested screen-sharing goes well beyond that as by connecting several devices creates a virtual big-screen with specific input-modes. How well this can work in reality still remains to be seen.

But the idea is definitely interesting, and might offer value also by merging display spaces among smartphones, tablets and desktop PCs. It could be an interesting improvement for Windows 10 Mobile´s Continuum mode as well.