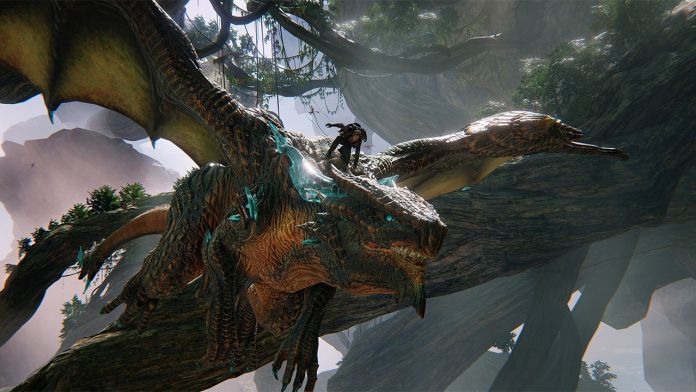 When updates on Platinum Game’s Scalebound ceased in September, rumors were abuzz. After several delays, reports of development issues for the Bayonetta creators arose. When no further information came, some fans worried about cancellation, and it turns out they were right.

Yesterday, a spokesperson told Kotaku that Microsoft Studio is ending production of the hyped action-RPG. The exact reasons are a mystery, though the Redmond giant did release an official statement on the matter:

“After careful deliberation, Microsoft Studios has come to the decision to end production for “Scalebound.” We’re working hard to deliver an amazing lineup of games to our fans this year, including ‘Halo Wars 2,’ ‘Crackdown 3,’ ‘State of Decay 2,’ ‘Sea of Thieves’ and other great experiences. For more information on our 2017 plans, please visit: https://news.xbox.com/2017/01/05/xbox-closes-milestone-year-in-2016/“

The game was directed by Hideki Kamiya, who worked on the immensely popular Devil May Cry, as well as the original Resident Evil games. It’s a great shame to see it go, but Microsoft says its nothing to do with Platinum Games as a company.

The Redmond giant stated it has “great respect” for the developers and that the cancellation came down to “business decisions.” After so many set-backs, it’s easy to see where they’re coming from. Potential customers may have lost interest by the time it was eventually released.

However, there is still a tiny sliver of hope. Microsoft was asked about who owns the rights to the Scalebound IP, and replied, “we do not comment on the details of our business agreements with partners.”

Mentions of Scalebound are gone from the Xbox site, instead redirecting to the site’s homepage. The trailers and gameplay demos have also been removed. This is out of character for Microsoft, who kept up the pages for Fable Legends and Phantom Dust.

The media is still available on Scalebound’s website and YouTube channel, however. This could suggest that Platinum Games will shop around for another publisher. We can only hope that’s the case and have our fingers crossed for further updates.