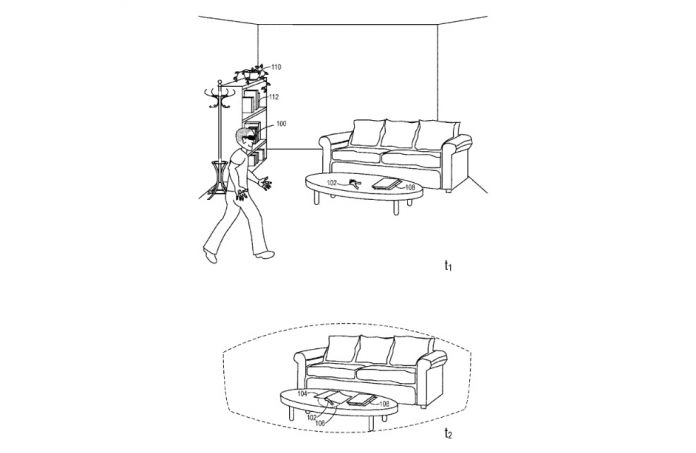 It is hardly an industry secret that we are all moving into a connected world. Microsoft is among the leaders in connected software and devices, whether it is with its IoT (internet of things) goals or with the HoloLens augmented reality headset. The company even envisions a day where mixed reality headsets are worn constantly. When that happens, Microsoft’s patent application for “OBJECT TRACKING” may come in handy.

The concept technology uses an augmented reality headset like HoloLens. However, Microsoft believes that one day these headsets will shrink to the size of regular glasses, or even maybe smaller. That is hardly a bold prediction. Yes, the current development edition of HoloLens is big, but it’s a proof of concept device. As augmented and virtual reality headsets develop, they will undoubtedly become smaller.

That will be an ideal time for Microsoft to raise a curtain on its Object Tracking technology. As the name suggests, the software would use the AR headset to track all objects within an environment. Using a video feed, the Object Tracking will be able to store each object and tell the user where it is. Perfect for those who misplace the car keys often.

In its patent, Microsoft explains how this concept will help users:

“The tracking of the location or other state of objects may occupy a significant amount of effort in everyday life. Further, much time may be spent in trying to locate misplaced objects. For example, searching for misplaced car keys, wallets, mobile devices, and the like may cause people to lose productive time.”

“Likewise, forgetting that the milk carton in the home refrigerator is almost empty may lead to an extra trip to the store that could have been avoided had the shopper remembered the state of the milk carton. In some instances, such objects may be moved, emptied, etc. by a person other than the owner, thereby complicating the task of tracking.”

The technology would observe all objects in a user environment, using video data to process objects and identify them to the user. In the near future, augmented reality devices will be smaller and the object images would appear to the users via a see-through display headwear.

When the system detects and tracks an object, it could store characteristics and give the user an alert. Microsoft says the object data could be stored on the local device or uploaded to a remote service. The company also explains how the Object Tracking could be used by multiple users:

“Where multiple people utilize object-tracking devices as disclosed herein, each person may become aware of changes to objects made by other users via the sharing of object tracking information. In this manner, a user may be able to discover a most recent location of lost keys, may be provided with a reminder to buy more milk while browsing the dairy section at a grocery store, and/or may track and recall other object state information in any suitable manner.”

At the moment, battery life for the technology is limited to two hours. However, Microsoft predicts that when AR headsets get smaller, battery life will increase and could conceivably last all day.