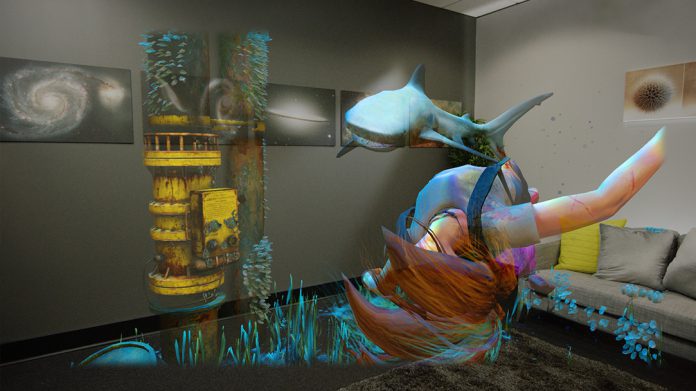 “Beihai” is a Microsoft project that has been known about since the start of this year. Building on those earlier reports, new information points to the company launching the feature in 2017. Moreover, it seems that Beihai will be far more wide-reaching than we first thought.

When first reported, the feature was known to be a 3D project. More specifically, it focused on Microsoft’s Skype and HoloLens services. The idea was to bring 3D content to all devices, across Windows 10 platforms like mobile, PC, and HoloLens.

However, some reports suggested Microsoft has even bigger plans for Beihai. For example, it was thought the feature would be expanded to support apps on Microsoft Edge, Windows inbox apps, and other projects. The team behind the service is headed by Corporate Vice President Kudo Tsunoda. Beihai is part of Microsoft’s Windows Apps Studios.

So I guess Beihai = 3D Everywhere, created with Paint, used in Office, sent via Skype, printed with 3DBuilder, viewed with Holographics, etc https://t.co/YenhVhCugj

We now more about this 3D ecosystem thanks to WalkingCat. The often accurate Microsoft tipster took to twitter with a casting description for a video Microsoft is creating to introduce Beihai. Aside from the above apps, it seems the company is truly seeking a 3D platform to cross its services. Tied into the feature are Skype, Office, Paint, HoloLens, Mobile, and more.

It is easy to assume that the main idea behind the service is to use augmented reality to make service more expansive.

Augmented Reality to the Next Level

Expanding 3D and augmented reality interaction to more apps and services is something Microsoft envisions. The company has already implemented many of its apps (like Office) into HoloLens. Microsoft believes the technology can go far beyond changing the way we consume entertainment and can also change our productivity.

Last week, Microsoft’s chief envisioning officer said that the company is working on augmented reality delivery that will not rely on the HoloLens headset.

“The ultimate goal is holograms without the headset. We (Microsoft and its partners) have prototypes in our labs capable of projecting objects in three dimensions that you can see without a headset. It’s hard, and it’s expensive, and the resolution isn’t great, but it’s just the beginning of that journey.”