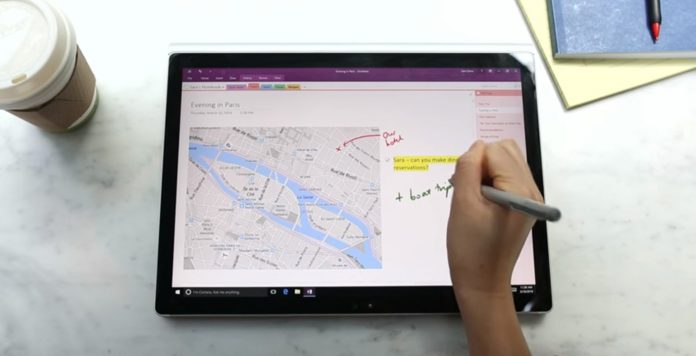 OneNote is one of Microsoft’s most highly praised cross-platform tools, but its UI has never felt like it. The experience differs slightly from platform to platform, requiring a slight period of orientation.

In a Reddit AMA today, the OneNote team announced that they’re working on a new UI that will be the same on all platforms.

“We’re working on a ton of great features, including a brand-new UI which is more accessible and consistent across platforms,” said a Microsoft spokesperson. “You’ll be able to try it for yourself very soon!”

Exactly what kind of improvements they have in store remains to be seen, but unification across all platforms should make the program far more intuitive and accessible.

The OneNote team also revealed their plans to bring back voice recording. The feature was available on the Windows 8.1 app, but Microsoft removed it in Windows 10 for unknown reasons.

Fanguang Kong, a Program Manager for OneNote, says it will also be improved across the platforms:

“Yes, we are bringing it back, and making it even better across platforms. Stay tuned!”

The application will also receive a number of other feature upgrades in the coming months. Foremost is the implementation of a new tagging system, which will take inspiration from some of the features of EverNote.

Some of this will come in the form of a UX improvement, which will “open up opportunities to better leverage tags in the future.”

In the Desktop and Office 365 version, users will soon benefit from improved inking and a ruler. iPad, on the other hand, will receive section groups, new ink effects, and a new sync system.

Android won’t be left out either. The team has just moved to a new code base on the platform and is working on implementing the most popular user requests.

The breadth of new improvements really does show the teams dedication and ability to listen to customer feedback. We recommend reading the full AMA to get the whole picture and all of the relevant information.