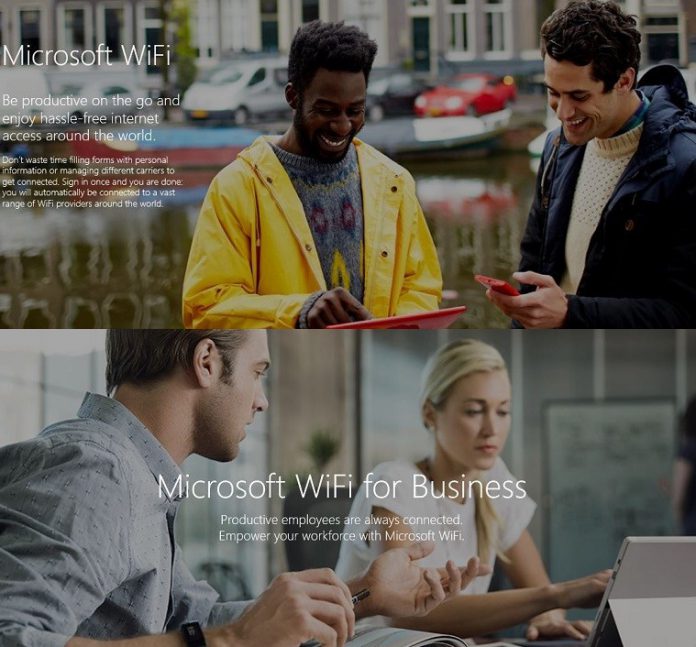 Microsoft WIFI, the connectivity roaming app on Windows 10, has been given an update. This is clearly a patch for Microsoft to make enhancements and squash bugs because there is no changelog. It is arguable that this is a controversial application considering its reviews on the Windows Store. Nevertheless, Microsoft is sticking by it with updates.

If you are not familiar with Microsoft WIFI, it is essentially a rebranded Skype WIFI. The Windows 10 integrated app works across 10 million hotspots in 130 countries. Users can find access points in hotels, airports, and numerous other public locations.

However, on the Windows Store, the service is widely derided. The app has a lowly score of two stars, with most pointing out it as unnecessary for a desktop PC app. However, Microsoft says even PC users are becoming more mobile and the app can serve them. Incidentally, the app has a much better rating on Android.

Also, the company plans to expand Microsoft WIFI to Office 365 Enterprise. That should give some added and compelling functionality to the app, allowing organizations to stay connected. A web service for the feature is also on the way.

One feature we would love to see added is a map. It seems strange that a map showing Wi-Fi access locations is not part of the service. Sadly this latest update does not address that problem and seems to be a mere fixing patch.

If you are interested in Microsoft WIFI, you can download the app now. Whenever you want to access a hotspot you can “buy WIFI” according to time usage.