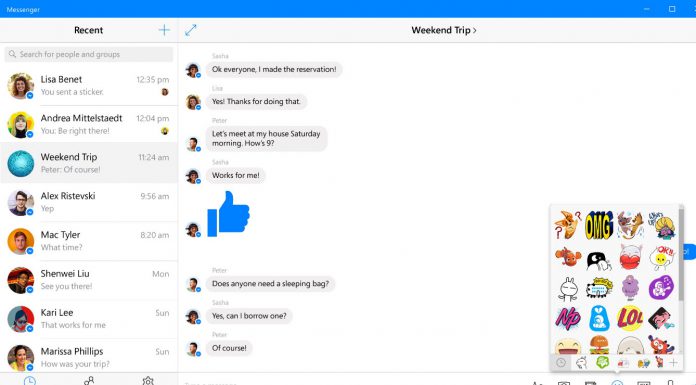 Facebook messenger has just got updated to version 79.531.2834.0. The latest release lists no features improvements but removes the notification issue which was introduced in the update pushed yesterday.

While there’s no official changelog for the latest update, the app now seems slightly faster and notifications are also fully functional again.

Also yesterday’s release did not introduce any new features. It bumped the version number to 79.528.24456.0 and removed support for landscape mode, which many users reported glitchy, to begin with. Notifications were also less reliable than before.

Now, after this fix, the app seems faster and more stable. Landscape mode is still not supported, but it will be interesting to see if Facebook brings it back in future.

Just about a month, Facebook Messenger got a huge update on Windows 10 Mobile which finally brought it up to par with the beta version of the app, and the iOS and Android companions. But some highly anticipated features are still exclusive to iOS and Android such as support for audio, video calls. We expect Facebook to release this feature, but as of now, there’s no word from the company.

You can download the Messenger app from Windows Store to check how the update works on your Windows 10 device.