ASUS, after a week-wide release and announcement, now officially launches the ASUS Zenbook Flip UX360CA. This 13.3-inch 2-in-1 ultrabook is packed with specs, configuration, and price point that will be aimed towards mid-end consumers.

Zenbooks are most known for its sleek, minimalistic, but well-defined and premium designs. As with most other Zenbook Flip models, the UX360CA can swivel its hinges at nearly 360-degrees, switching between notebook, tent, stand, and tablet modes as users turn the angles up.

For its basic innards, this 13.3-inch model  introduces a 6th gen (Skylake) Intel Core M3-6Y30 (Dual-core, max 2.2 Ghz) processor, has 8GB of RAM, and can be available in either 256 or 512GB SSDs. Available ports include one microHDMI, one Type-C USB 3.1, two Type-A USB 3.0, and an SD card reader. Advertised battery longevity is 10 hours on a single charge for standard use.

As for its weight, size and appearance, it has a slightly hefty weight (for an ultrabook) of about 6.3 pounds (2.85 kg). Size dimensions are 17.6 inches long, 10.4 inches wide, and 2.2 inches thick. Currently only available in aluminum gray, no announcements of later color model variants as of yet. 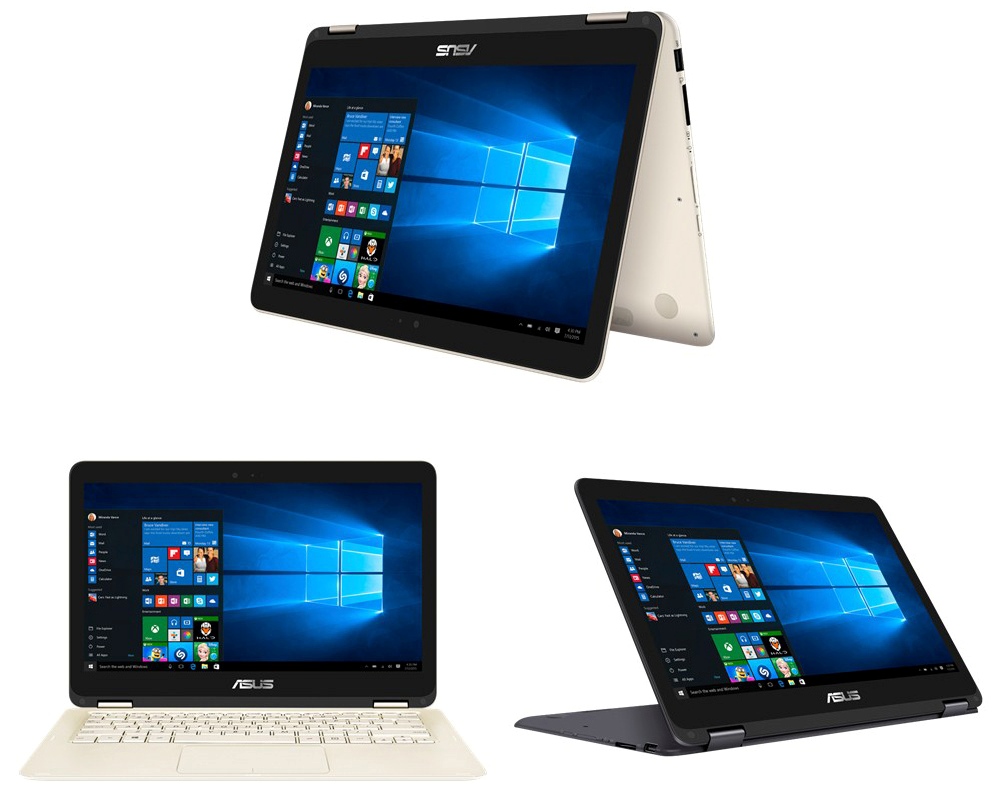 Among its various specs, perhaps the most noteworthy of which is its ‘Cortana with Voice-Premium’ feature. Advertised as the very first Zenbook with such feature, this will enable the ultrabook to use Cortana with better voice input accuracy regardless of current environmental conditions.

ASUS and selected retailers are currently offering the 256GB and 512GB versions of the Zenbook Flip UX360CA for a starting base price of $699 and $799 respectively.