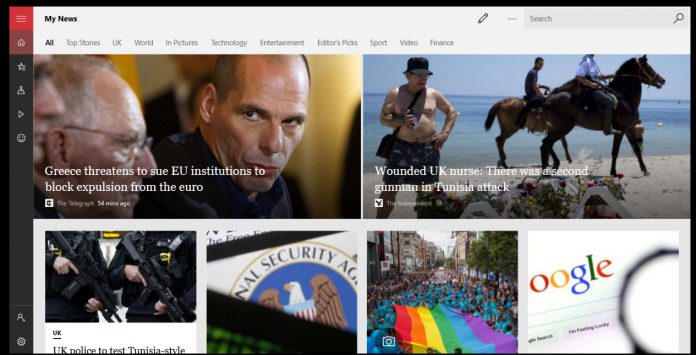 Microsoft has issued an update for the MSN News app on Windows 10, giving users across the platform more features and tools. The release comes less than a month after the company rolled out the update to those on the Windows Insider Program.

Insiders have now tested the app and Microsoft has pushed it to end users across Windows 10 devices. The chief new addition to MSN News is an ability to select from more sources to customize content curation, allowing users to get the news they want more specific to them.

The new sources section bolsters the Windows 10 MSN News app and furthers the services’ growth towards being a viable news curating competitors to the likes of Flipboard and Apple News. Microsoft’s offering is still not quite there yet though as it is still missing a number of key features.

Its lack of support for more sources means it cannot give users the kind of news curation they may want, although updates that add more sources are a step in the right direction.

More sources certainly mean that users can customize their news more, using the My News page to gather all relevant stories.

Interestingly, Microsoft has another news gathering tool in the form of News Pro, which was created by Microsoft Garage. Of course, Garage projects are typically side efforts, but News Pro was recently announced through version 2.0 and it comes with some compelling features that are missing on MSN News.

One of them is a bot called Rowe, which Microsoft says is a “bot that can have some basic conversation with you could make news reading more fun. News Pro bot is your news agent at your beck and call. Try talking to the bot about any news topic on your mind, playing with the assisted keyboard.”