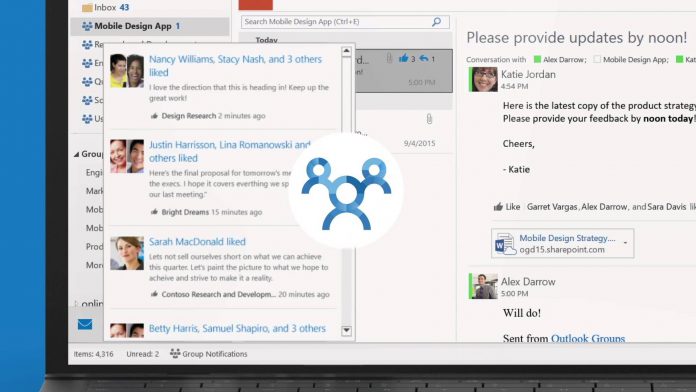 Outlook Groups is getting a new update for Windows 10 Mobile, adding some new functions and features to the service. The update was announced on the weekend and is now available to download through the Windows Store.

If you are unfamiliar with Outlook Groups, it is a service that allows users to keep in touch with a team on-the-go. It is oriented to business users and educators, who need to have an Office 365 School or work account. As well as affording the ability to keep tabs on group members, there are also several other collaborative features in the app.

The latest update brings an enhanced conversations experience, quicker access to conversations, and the standard performance enhancements and bug fixes. The full changelog is below:

In May, Microsoft updated the service with the addition of connector card support and the ability to attach new files. Outlook on Office 365 has recently scored a Safety & Tips feature which Microsoft launched to help keep users secure on the cloud-based service.

If you are interested in testing Outlook Groups, you can grab the application now through the Windows Store on your Windows 10 Mobile device. Users who already have the app will not have to do a thing as the update will happen automatically.