After a month-long collaboration between Microsoft and Kik bot platform engineering teams, the Kik channel is now live on the Bot Directory.

“The Microsoft Bot Framework allows developers to write bot code once and, using the Microsoft Bot Connector, deploy on multiple channels, including Skype, Slack, and SMS,” writes Ivar Chan, Partner Success at Kik Interactive, Inc in a blog post. The post also outlines the steps to building a Kik bot on the Bot Framework platform. 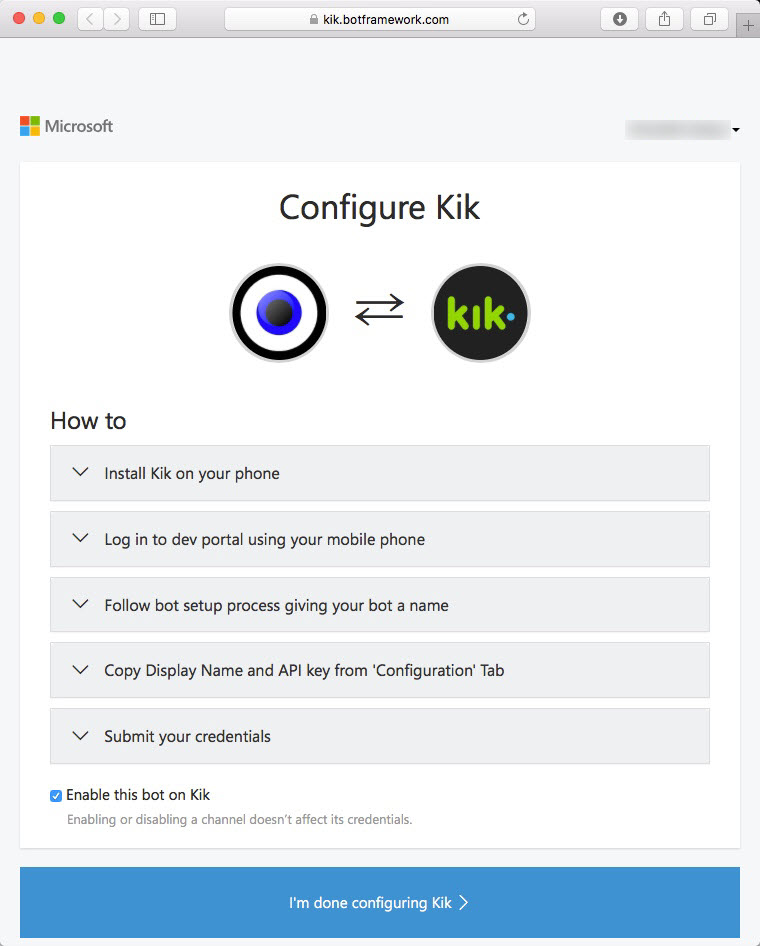 Microsoft announced their framework back in March at Build 2016 as an upcoming platform for AI-based customer interactions right through an app. Users will be able to interact with bots on their preferred chat applications to perform tasks involving online purchases and bookings, thus building a more engaging relationship with the user.

Microsoft’s attendance at the Botness conference event in San Francisco on June 13-14 2016 will see further developments on bots and the idea of Conversation as a Platform. The event will serve as a forum “to help shape and evolve the ecosystem that’s forming rapidly around conversational interfaces”, according to Microsoft.

Jointly organised by Microsoft, Howdy.ai, Ignite/Highway1, Slack, Kik, Uber, UC Irvine and betaworks, the forum will probe into the usage of human language as the new interface layer. “Bots, tools, and AI promise to simplify, humanize, and reinvent the command line around conversational experience,” states the Botness page.