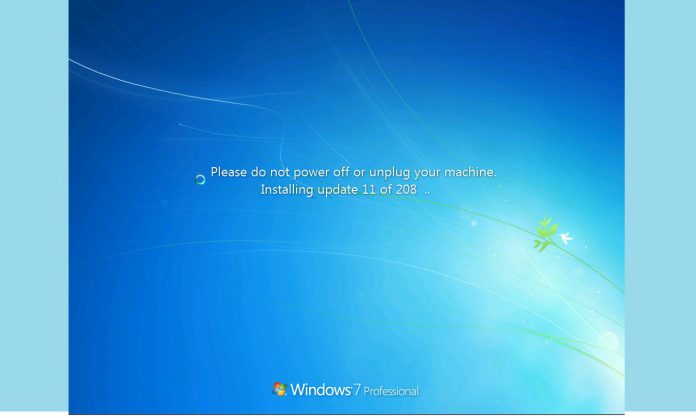 The company has announced that it is making Windows 7 installs easier by packaging all Service Pack 1 updates into a convenience rollup, while also improving Windows 8.1 update processes.

There is no getting away from the fact that over the years Windows has provided a frustrating and even time consuming updating experience. Updates are frequent and even installing a fresh version of Windows (Windows 7 for example) would mean there were hundreds of updates already there waiting to be downloaded.

“While we’ve spent a lot of time over the past year talking about Windows 10 (including new roadmap details), we know that organizations are still working with Windows 7 too, regularly updating their Windows 7 SP1 images to include the latest updates, app versions, and more,” Microsoft’s Nathan Mercer notes.

It is quite simple why this is an excellent addition by Microsoft. Service Pack 1 was launched way back in February 2011 and in that time there have been hundreds of updates to Windows 7. That means a clean install of Windows 7 would see those hundreds of updates ready to be downloaded. The new convenience rollup means that frustrating and time consuming task is negated.

Users can even install Service Pack 1 and convenience rollup can be installed together, saving a huge amount of time. The convenience rollup will be available manually through the Windows Update Catalog, but it is worth noting it is a Windows 7 only package.

There is no similar rollup for Windows 8.1 unfortunately, but Microsoft is trying to make the situation better by offer non-security updates for 8.1 through monthly rollups.

“These fixes will be available through Windows Update, WSUS, and SCCM as well as the Microsoft Update catalog,” Mercer adds. “We hope this monthly rollup update simplifies your process of keeping Windows 7, and 8.1 up-to-date.”