Insiders are getting Windows 10 Insider Preview Build 14342 on the Fast Ring today, bringing changes to Edge extensions, Bash upgrades, and plenty of other changes.

Microsoft is treating Insiders on the Fast Ring with another Windows 10 Insider Preview update, and like the others Build 14342 is pretty massive. It comes with a slew of features and gives those on the Fast Ring of the company’s Windows Insider Program to see some of the upcoming features in their current, and potentially unstable, form.

Build 14342 is the latest preview that it pointing towards the Windows 10 Anniversary Update that will launch in June. Considering Insiders have seen a couple of sizeable updates in recent weeks, it only shows just how massive an upgrade the Anniversary Update is going to be.

Edge extensions have been updated in Windows 10 Insider Preview Build 14342, with extensions now directly downloadable from the Windows Store, as opposed to extracting and loading the files manually. Included extensions in this update are Adblock, Adblock Plus, Pinterest’s Pin It button, Microsoft’s OneNote Web Clipper, as well as Mouse Gestures, Reddit Enhancement Suite, and Microsoft Translator.

Gabe Aul, corporate vice president of Microsoft’s Engineering Systems Team, wrote in a blog post. “This change means that your currently installed extensions will be removed, and you’ll have to reinstall the ones you want from the Store. Then in future updates, your extensions will be automatically re-downloaded and installed.”

Edge has also received some other functionality tweaks, with Insiders on the Fast Ring now able to swipe back to a previous page, while real-time notifications have been added. Microsoft says it listened to feedback and has added a dark theme to the Skype Universal Windows Platform (UWP) application, allowing users to switch between accounts.

As is always the case with Fast Ring releases, many of these features are in their raw form and may well be unstable and best and unworkable at worst.

Here is the full changelog for Windows 10 Insider Preview Build 14342:

Updates for Extensions in Microsoft Edge: Instead of extracting and loading extensions from a local folder, all available extensions can now be downloaded directly from the Windows Store. This change means that your currently installed extensions will be removed, and you’ll have to reinstall the ones you want from the Store. Then in future updates, your extensions will be automatically re-downloaded and installed.

We also have some new extensions available for you to try out. We are excited to announce that starting with this build, both AdBlock and Adblock Plus are now available for download in the Windows Store in addition to Pin It Button, Mouse Gestures, Reddit Enhancement Suite, Microsoft Translator, and OneNote Web Clipper. It is recommended that you only install one of either AdBlock or Adblock Plus as having them both running at the same time can cause issues with viewing websites in Microsoft Edge.

Important note: There is a bug in this build that occurs if you turn off all extensions without uninstalling them, you may not be able to close the browser or get context menus to work. To avoid this issue, uninstall any extensions you no longer want to use instead of turning them off. If you do hit this issue, to get out of this state you will need to turn on one or more extensions or uninstall all extensions, kill any Microsoft Edge processes running in Task Manager, and restart Microsoft Edge.

Swipe navigation in Microsoft Edge: Since the release of Windows 10 Mobile, our top feedback request for Microsoft Edge has been asking for the return of the swipe gesture to navigate back and forward. It’s also been one of our top 10 requests on PC. With this build, you can now swipe from anywhere on the page to get back to your previous page. This will be coming in the next Mobile build as well!

Bash on Ubuntu on Windows Improvements:

Symlinks within the Windows Subsystem for Linux are now functional on the mounted Windows directories. This fix helps support many scenarios including the npm installer.
Users with non-Latin Windows usernames are now able to install Bash on Ubuntu on Windows.
Many more improvements can be found in the WSL release notes here!

Skype UWP Preview Update: The Skype UWP Preview app has been updated in response to your feedback. In this release, you have the ability to set a dark theme and can switch between different Skype accounts. You can expect mobile release in the next few weeks.

Middle-click for dismiss in Action Center: Action Center now supports the popular dismiss model of middle-clicking on a notification via the middle button scroll wheel on your mouse to a single notification. Middle-clicking on an app’s name will dismiss all the notifications listed for that app.Apps for websites: As we discussed at Build 2016, you will soon be able to redirect certain websites to open with an app instead. While there are currently no apps that support this, in preparation for their availability we have added a new page at Settings > System > Apps for websites where you will be able to manage them. Please stay tuned!

Feedback Hub improvements: We’ve heard from you that it can sometimes be hard to find which category your feedback belongs in. Now when you create new feedback, the Feedback Hub will suggest categories and subcategories based on the title and description you entered. If you see a suggestion that looks right, just click it to fill in the menus and get your feedback to the right engineers quickly. 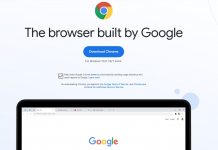